Carlie Pendleton is a fat, queer historian currently pursuing the MA in Queer History at Goldsmiths. Her work focuses on histories of fat, fat activism, and queer activism in Britain. They are particularly interested in the historical roots of how fat bodies were and are medicalised and pathologised, the racist and colonialist origins of fatphobia and diet culture, and the various strands of fat activism that took place to combat fat oppression

One would be forgiven for thinking that fatness is a twentieth-century phenomenon. Famous fat historical figures such as Henry VIII and Ben Jonson are touted as the exception rather than the rule.

Queer studies are no less innocent in this erasure than their heteronormative counterparts. In queer histories where fatness is apparent, within butch lesbian communities for example, it is rarely interrogated as a key component of identity formation in terms of gender or sexuality. This corpulent omission lies in the perception of the fat body as mutable and temporary. While sexuality and gender can be fluid and unfixed, they are still viewed as essential components of the human condition. Fatness, on the other hand, is an aberration, a failure, an incorrect transgression of cisheteronormativity.

By analysing fat as a socially constructed category and by interpreting fat using various strands of queer theory, we can see both how fatness intersects with queer identities and how utilising queer theory to interpret fatness is a way of queering history itself. This dichotomy is intended to be neither reductive nor mutually exclusive. Rather, it opens up fatness as both a corporeal descriptor with various social and political implications and as a queer disruptor of hegemonic, cisheteronormative histories.

Theories dealing with queer temporality and queer futurity offer a compelling framework within which to analyse fat. Lee Edelman argues that ‘queerness can never define an identity; it can only ever disturb one.’[i] Under these terms, fat is queer as it disturbs mainstream ideas about health, beauty, sexuality, gender, and human worth. Fat is often viewed as a failure to be thin, in much the same way that queer is often viewed as a failure to be heterosexual. According to Elena Levy-Navarro, these assumptions are made because both are viewed as falling outside the heteronormative practice of dispensing with the past in favour of the future. Fat bodies are labelled as ‘befores’ that have no future until they embody the standards of ‘health’ that society has been told only thin bodies can personify.[ii] Queer people are labelled as unsuccessful straight people because they cannot reproduce according to heteronormative rules. Therefore the visibility of both groups in society and in history is obscured for the sake of upholding what Levy-Navarro labels ‘History’.[iii] Both Edelman and J. Jack Halberstam argue that those who reject ‘reproductive futurism’, the subservience of the past and present to a future that never comes, are by definition queer. Fat falls under the umbrella of queer insofar as it is presumed as ‘defying the imperative to cultivate maximum longevity’.[iv]

In other words, fat history is queer history because both are viewed by History as futureless.

Another way which we can queer fat is through contemporary theories surrounding gender and sexuality. Adrienne Rich’s theories on compulsory heterosexuality are a key example. As Jackie Wykes argues, the stereotype of the fat lesbian who turns to women for sex because she is too ugly to attract a man fits Rich’s definition of heterosexuality as a ‘political institution’ that structures desire through a ‘control of consciousness’.[v] Wykes takes this a step further to show how ‘compulsory heteronormativity’ works to regulate fat bodies and the limitations and possibilities systemically inscribed upon them.[vi] The performativity of fat as another ‘stylized repetition of acts through time, and not a seemingly seamless identity’ offers more possibilities for the queering of fat.[vii] Kathleen LeBesco offers an important caveat of the conflation of fat with gender, arguing that ‘fat, unlike gender, is written on the body for all to see.’[viii]

The pathologisation and medicalisation of fat and queer is another pertinent area of historical inquiry. LeBesco has highlighted the ways in which biologically deterministic arguments over both fatness and queerness have come to dominate public discourse and deny both fat and queer subjects agency as a result.[ix] Conversely, fat as a ‘lifestyle choice’ provides justification to deny fat people the same human rights as their thin counterparts. The same can be said about the debates of the latetwentieth/early twenty-first century regarding the contingency of marriage equality and legal protections for LGBTQ+ individuals on being born queer rather than becoming or choosing to be queer. Francis Ray White continues this discourse of parallel pathologisations, looking at the ways in which fat and trans identities intersect and diverge. Their analyses include how their own autoethnographic observations of their fat and trans experiences complicate narratives of ‘passing’ and gender presentation and the ‘ethics of weight loss’.[x]

While the above examples are not exhaustive of the ways in which fat can be queered, and vice versa, they do demonstrate the overlaps of inquiry and the gaps created by straddling various academic fields. The reading list below serves as a starting point for anyone who is interested in using queer theory to approach fatness across a range of disciplines such as history, sociology, queer studies, and gender studies.

Meleo-Erwin, Zoe. ‘Queering the Linkages and Divergences: The Relationship between Fatness and Disability and the Hope for a Livable World.’ In Queering Fat Embodiment, edited by Cat Pause, Jackie Wykes, and Samantha Murray, 97-114. London: Routledge, 2016.

Moon, Michael and Eve Kosofsky-Sedgwick. ‘Divinity: A Dossier, a Performance Piece, a Little-Understood Emotion.’ In Bodies Out of Bounds: Fatness and Transgression, edited by Jana Evans Braziel and Kathleen LeBesco, 292-328. Berkeley: University of California Press, 2001. 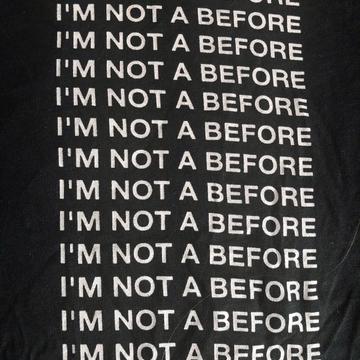