A standing-room-only crowd packed out Ertegun House on Thursday 20th October, where Wole Soyinka engaged in conversation with Professor Elleke Boehmer. The occasion was the inaugural Ertegun House seminar in the Humanities , and as Professor Boehmer noted, the university was delighted to welcome Professor Soyinka back to Oxford two years on from his lecture at the Sheldonian.

Professor Soyinka deemed contemporary African literature to be ‘robust’, ‘varied’ and ‘liberated’. By ‘liberated’, he explained, he meant free from the ‘simplistic notion of ideological duty’ that had ‘bombarded’ the post-independence generation of West African writers. He memorably compared literature that self-consciously attempted to be ideological in a ‘monoprismatic’ way to ‘the millipede who stopped to count its feet and never walked again’.

Around thirty minutes of Q and A followed the formal conversation, and the sophistication of the audience’s questions (What makes African literature African? Is African literature always already decolonized? Should we worry about what is lost in translation from indigenous languages? What advice would Soyinka have for young people today who wish to nurture intercultural understanding?) testified to the passionate interest in this field in many quarter of Oxford.

Soyinka was at once humorous and serious about his dismay at the Brexit vote, citing it as an example of highly regrettable resistance to the inevitable and valuable process of cultural exchange and the intermixing of nations. The Commonwealth is thinking of expelling the UK, he joked. And if Trump were to win the US elections, he later added, he, Soyinka, would be compelled to return his green card to the nation that had issued it.

Tessa Roynon is a teaching and research fellow at the Rothermere American Institute and a member of the Faculty of English at the University of Oxford. Her current research is on the intellectual formation of Ralph Ellison. 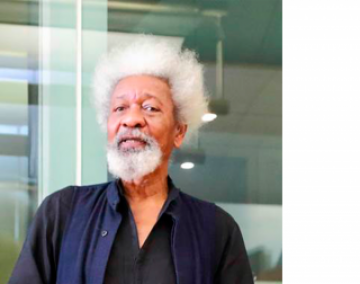