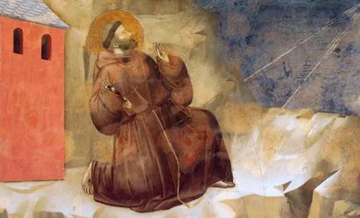 ‘Authority and Innovation in Early Franciscan Thought (c. 1220-45)’ (short-titled ‘INNOVATION’) is a 5-year research project that is funded by the European Research Council, the research funding body of the European Union. The director (‘Principal Investigator’) of the project is Dr Lydia Schumacher, who is based in the Department of Theology & Religious Studies at King’s College London. Her research staff includes Dr Dominique Poirel and Dr Ana Irimescu, who are based at the National Centre for Scientific Research (CNRS) in Paris, France.

The team will labour over the grant period to expose the pioneering nature of early thirteenth-century Franciscan thought and its pivotal significance for the subsequent formation of the Western intellectual tradition. To this end, the team will undertake the first comprehensive study of the sources, method, content, and later medieval reception of early Franciscan thought. The special focus of the project is the so-called Summa Halensis, which was collaboratively authored by the founding members of the Franciscan school between 1236-45/56. While Schumacher and Irimescu will focus on the philosophy and theology of the Summa, Poirel will trace its manuscript tradition and potentially produce a critical edition of the as yet unedited fourth volume.

HOW TO GET INVOLVED

The research team welcomes inquiries from those with interests in the early Franciscan intellectual tradition or any matter related to it. There are a variety of options for getting involved with the project or keeping updated on the team’s research.