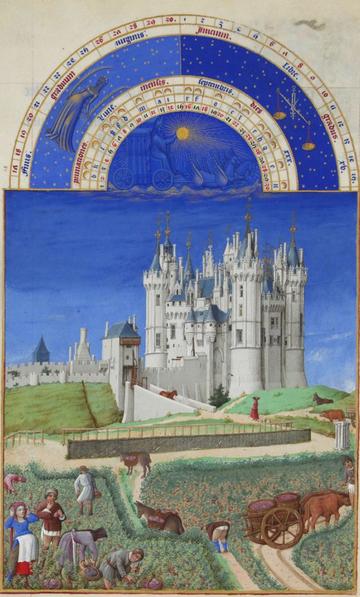 Late medieval European court cultures have traditionally been studied from a mono-disciplinary and national(ist) perspective. This has obscured much of the interplay of cultural performances that informed “courtly life”. Recent work by medievalists has routinely challenged this, but disciplinary boundaries remain strong. The MALMECC project therefore has been exploring late medieval court cultures and the role of sounds and music in courtly life across Europe in a transdisciplinary, team-based approach that brings together art history, general history, literary history, and music history. Team members explore the potential of transdisciplinary work by focusing on discrete subprojects within the chronological boundaries 1280-1450 linked to each other through shared research axes, e.g., the social condition of ecclesiastic(s at) courts, the transgenerational and transdynastic networks generated by genetic lineage and marriage, the performativity of courtly artefacts and physical as well as social spaces, and the social, linguistic and geographic mobility of court(ier)s.

Since the inception of the project, the MALMECC team have conducted an international project workshop dedicated to methodological innovation in late medieval studies (2017), and a series of  international study days (2018-19), focussing on late medieval ecclesiastic courts, late medieval multilingualism and cultural exchanges across linguistic boundaries, and cardinals’ and papal households of Avignon as transcultural hubs. A fourth international study day probing the transnational qualities of courtly life in north-western Europe is scheduled for March 2019 in Liège (Belgium).

In the project conference, we hope to unite as many strands of court studies as possible and invite speakers from any discipline engaged with the long fourteenth century (c. 1280-1450) to join us in exploring phenomena of late medieval courtly life from a transdisciplinary angle. Submissions for papers may address (but need not be limited to) one or several of the following thematic strands:

– Music and the senses at court

– The geography and limits of the court: boundaries, definitions, territories, institutions

– European courts and court studies in a global context