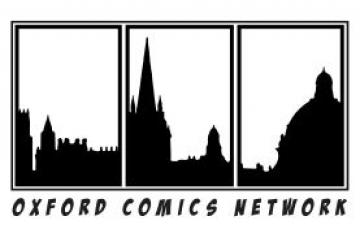 Comics and graphic narratives, a form long under-recognised by mainstream publishers and academic institutions alike, have in recent years began to receive the critical attention they deserve. They combine drawn and often painted panels with the written word to create a narrative form that is inherently interdisciplinary, demanding the critical approaches from multiple fields, from literary criticism and visual cultures to art theory and architecture, not to mention the significant body of comics criticism that already exists. Making use of TORCH’s interdisciplinary platform, this network, ‘Comics and Graphic Novels: The Politics of Form’, brings students, critics and practitioners from a variety of disciplinary backgrounds to explore the power, politics and potential of the comics form.

Though the history of comics practice extends back to the nineteenth century, it has become an increasingly popular and innovative format since the turn of the twentieth-century. Inspired by the works of now canonised comics artists such as Art Spiegelman and Joe Sacco, comics are now deployed across a number of genres to tackle more issues and contexts than ever before. These range from the journalistic non-fiction of Jean-Pierre Filiu and Harvey Pekar to the travelogues of Guy Delisle and Didier Lefèvre, from the autobiographies of Marjane Satrapi and Katie Green to the crime narratives of Brian Wood and Frank Miller. Furthermore, as comics gain the critical recognition they have long deserved, sometimes controversial processes of canonisation are beginning to take place, bringing with them a new set of questions about the binaries of ‘high’ and ‘low’ culture, overlooked mass produced artefacts and subcultural practices, and their evolving relationships with higher education institutions. The TORCH Comics Network embraces comics in all their varied forms, and self-reflexively engages with the politics of graphic narrative’s current resurgence and institutional verification.

Undoubtedly, then, comics meld different artistic and literary techniques to create new narrative modes that have important cultural, social and political implications. The TORCH Comics Network is designed to cultivate an open, democratic and inclusive environment where these varying implications can be discussed, debated and analysed by students and academics of all levels. Featuring bi-weekly seminars with talks from visiting comics critics and practitioners throughout the Oxford term time, the network aims to facilitate a new interdisciplinary dialogue about a form that demands more comprehensive and ongoing critical analysis.

For further information, or to appear on the network mailing list, please email the network convenor Dr Alexandra Lloyd at comics@torch.ox.ac.uk.