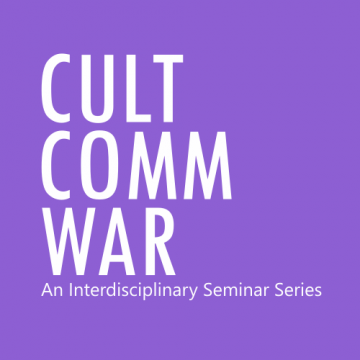 This interdisciplinary seminar series ‘Cultures and Commemorations of War’ brings together early career researchers and advanced scholars working on the memory of war in a range of disciplines with practitioners, policy makers, charities, and representatives from the media and culture and heritage industries. Through a series of three one-day workshops held in Oxford and London in 2017-18, this series aims to foster an interdisciplinary dialogue about the history and nature of war commemoration across time and its cultural, social, psychological and political iterations.

The first seminar, Why Remember? War and Memory Today, was held at the Rothermere American Institute on 10 November 2017. You can follow the seminar on Twitter: #whyremember

The second seminar, Lest We Forget? Reconsidering First World War Memory, was held at the Imperial War Museum, London, on 11 December 2017. You can follow the seminar on Twitter: #FWWmemory

The third seminar will be held at St. Peter’s Chapel, Radcliffe Humanities, on 25 May 2018.