A Boy and his Empire: Antinous - Last God of the Ancient World 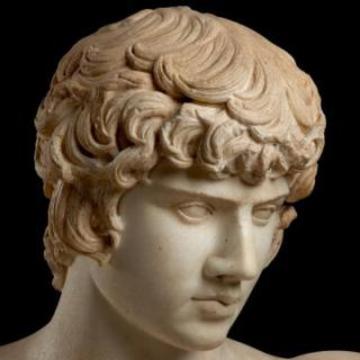 Join QSN at the November Ashmolean After Hours with an entertaining lecture by John J Johnston on “A Boy and His Empire: Antinous – Last God of the Ancient World."
The museum will be open late from 5-8pm for entertainment/talks and it is also a great opportunity to check out both the Antinous and No Offence: Exploring LGBTQ+ Histories exhibitions. Entry to the museum and the 7pm Antinous lecture are free and booking is not required, but booking is essential for the Spellbound exhibition and Jennifer Ingleheart’s 6pm talk on “Queer Encounters in the Museum.”

Details for this can be found here.

A Boy and His Empire: Antinous – Last God of the Ancient World
By John J Johnston

When the beautiful youth Antinous, favourite of the Roman emperor Hadrian, drowned in the Nile in AD 130, his potential legacy appeared slight. However, in the aftermath of Antinous’ death, the grieving emperor founded the city of Antinoopolis, named a constellation after him, and, most remarkably, proclaimed him a god, whose cult survived until the fall of the Empire and generated a vast, and instantly recognisable, sculptural corpus. Drawing upon archaeological, and textual sources to examine the enigmatic life and death of Antinous, this lavishly illustrated lecture will consider his religious and artistic legacy throughout the Roman world and his continuing influence in the modern world as the inspiration of artists, writers, and film-makers.

John J Johnston is a freelance, Egyptologist, Classicist, and cultural historian. A former Vice-Chair of the Egypt Exploration Society, he has lectured extensively at institutions such as the British Museum, the British Film Institute, the National Museum of Scotland, the Royal College of Surgeons, and the Ny Carlsberg Glyptotek in Copenhagen. His research interests encompass mortuary belief and practice, gender and sexuality, Hellenistic and Roman Egypt, the history of Egyptology, and the reception of ancient Egypt in the modern world. In addition to contributing numerous articles to both academic and general publications he has co-edited the books, Narratives of Egypt and the Ancient Near East: Literary Linguistic Approaches (Peeters, 2011), A Good Scribe and an Exceedingly Wise Man (Golden House, 2014), and a collection of classic mummy fiction, Unearthed (Jurassic London, 2013).