An Ode to Oxford 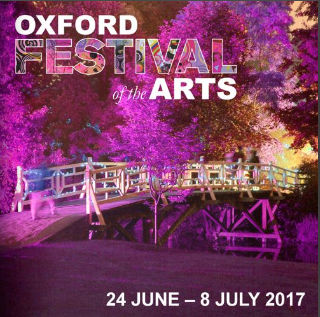 Join Mark Davies for a virtual cruise through an alternative history of Oxford, inspired by the descriptions of poets, novelists, diarists and chroniclers across the centuries.

From Chaucer’s pilgrims to Jerome’s Three Men and Tom Brown’s higher education, via the children’s classics of Alice and Wind in the Willows, and the more recent ‘gyptians’ of Philip Pullman’s Dark Materials, the waterways of ‘river-rounded’ Oxford feature in innumerable works of classic and lesser-known literature. An alternative, sometimes whimsical history of Oxford, revealed on a virtual cruise inspired by the descriptions of poets, novelists, diarists and chroniclers across the centuries.

Mark Davies is an Oxford local historian, public speaker, and guide with a particular interest in the history and literature of the City's waterways. He has lived on a narrowboat on the Oxford Canal since 1992, and is the author of: Our Canal in Oxford, A Towpath Walk in Oxford, The Abingdon Waterturnpike Murder, Stories of Oxford Castle, Alice in Waterland, Alice’s Oxford on Foot and King of all Balloons. He is also a regular contributor to the Oxford Times’ ‘Limited Edition’ magazine and contributes often to radio and TV programmes, most notably a BBC2 documentary on Lewis Carroll in 2015 and Timothy West and Prunella Scales Channel 4 journey along the Oxford Canal in 2014. His historical and literary tours – mostly alongside the City’s waterways, and including several focussed on the Oxford realities which influenced Alice’s Adventures in Wonderland – generally explore the less-visited parts of the city. www.oxfordwaterwalks.co.uk

For Further information and to book your ticket, please visit the website here: http://www.artsfestivaloxford.org/whats-on/speakers-1/mark-davies-an-ode...

Oxford Festival of the Arts