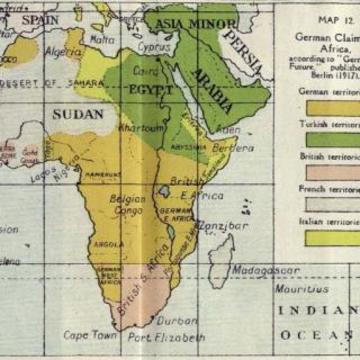 The TORCH Globalising and Localising the Great War network are hosting a talk on 'Apparitions at Fatima, 1917-2017: A Century after the “Miracle of the Sun”'.

The Apparitions of the Virgin Mary at Fatima, Portugal, in 1917 represent one of the most controversial acts of public religiosity in the modern era, highlighting complex interactions of sacred and secular beliefs. From humble local beginnings, the events at Fatima achieved global significance during the course of the twentieth century, with interpretations ranging from mass delusion to proof of the apocalypse.

For the centenary of the 13 October 1917 ‘Miracle of the Sun,’ this interdisciplinary event will feature historical and scientific commentary on the apparitions, including discussions of current events in Portugal and the Vatican as well as the upcoming Hollywood film, Fatima, starring Harvey Keitel and Sonia Braga.

The event is open to the public, hosted by Pembroke College as part of Oxford’s ‘Globalising and Localising the Great War’ project. Featured speakers include Manus Henry, Associate Professor of Engineering Science, University of Oxford; and Patrick Houlihan, Research Fellow in History, University of Oxford.