Astronomy Across the Medieval World 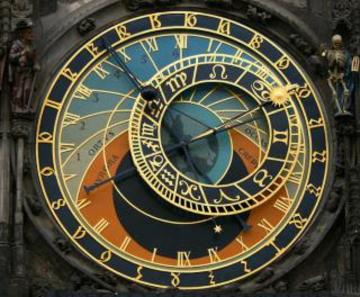 St Cross College are hosting a one-day conference on 'Astronomy Across the Medieval World'.

The celestial sky has been a source of fascination since ancient times with astronomy being the oldest of the natural sciences. During the medieval period, astronomy flourished in many cultures across the world, some of which followed on from earlier models created by Ptolemy. The motions of the celestial bodies were investigated, early astronomical observatories were built and some cultures constructed remarkable monuments inspired by astronomical insights. This conference will draw together the different strands of medieval astronomy from across the world and will examine how they interfaced and paved the way for the scientific developments later in the Renaissance.

Registration to attend this conference is free, but must be confirmed using the Conference booking form by midday on Friday 10th November 2017.

Dr Benno van Dalen (Bavarian Academy of Sciences and Humanities) - Ptolemaic Astronomy and Its Dissemination in the Islamic World, Europe and Asia

There will be a conference dinner at St Cross in the evening following the end of the conference with an after-dinner talk by Dr Valerie Shrimplin (Gresham College) on the influence of astronomy and the cosmos on medieval art. Although the conference itself is free of charge, the dinner carries a cost of £35 to attend - booking a place for dinner can be done here.

Bed and breakfast accommodation in the Oxford colleges can be found here.

All-day parking in central Oxford is often limited so details of the Oxford Park and Ride are available here.