Bach, the Universe & Everything | Mathematics and the Brain 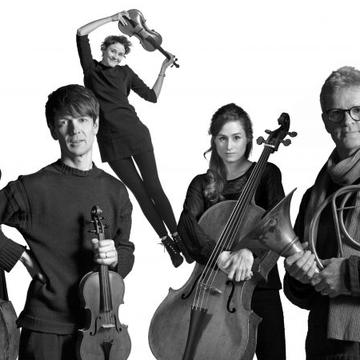 ‘When we see images of the strange mathematical beasts lurking at the heart of the natural world – fractal landscapes, the Fibonacci series, the strange attractors that beat at the heart of chaos – it is always the dizzying spirals of Bach that come to mind.’ Douglas Adams

Fresh from two successful seasons in London, Bach, the Universe and Everything visits Oxford for three dates in partnership with the University of Oxford’s Mathematical Institute.  Bach was known for being a ‘mathematical’ composer’, with intricate structures and symmetries in his music reflecting deep truths about the universe.

To explore this, each concert mixes some of Bach’s greatest music and a ground-breaking talk from a leading figure from the world of mathematics.  With a bit of communal singing and conversation, it’s a place where you can bond with music lovers and unravel the mysteries of our universe.

The Science: Can mathematics explain the brain? No-one is entirely sure, but Professor Alain Goriely definitely thinks it’s worth trying. He explores how applied mathematics can help us learn more about the effect of brain injuries and neuro-degenerative diseases such as Alzheimer’s.

The Music: In this cantata, Bach imagines going to a wedding, although he’s initially concerned with the pre-marital angst of the participants, rather than having a party. It’s all resolved by the end, however, with a journey from doubt to certainty and a celebratory final chorale.