Behind the Veil: Race, Humour and Mental Health 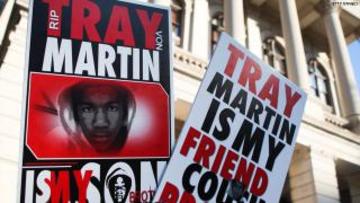 “Behind the Veil: Race, Humour and Mental Health”

Responding to the Trayvon Martin case, Earl Lewis, the acclaimed historian of global civil rights, reflects on the ways African Americans have mobilized humour as a survival and empowerment tool. He calls for scholars to begin looking at mental health as an important area of historical scholarship, suggesting that jokes and humour-laced stories hint at underexplored effects of life behind the veil.

Prof. Lewis has made available a copy of his paper which we recommend people read beforehand in order to join in the discussion, but it is not necessary -- he will summarize the paper briefly before the panel responses.

Earl Lewis is President of the Andrew W. Mellon Foundation, after serving for over eight years as Provost and Executive Vice President for Academic Affairs and as the Asa Griggs Candler Professor of History and African American Studies at Emory University. He was the university's first African-American provost and the highest-ranking African-American administrator in the university's history.

Earl Lewis is the author and co-editor of seven books as well as the eleven-volume The Young Oxford History of African Americans. He has written numerous essays, articles, and reviews on different aspects of American and African American history. He has been a member of several academic and community boards, founding co-editor of the award-winning book series American Crossroads (University of California Press) and, since 2008, a fellow of the American Academy of Arts and Sciences.