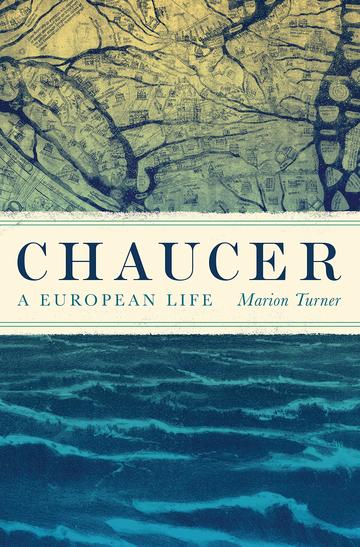 Join us for the TORCH Book at Lunchtime event on Chaucer: A European Life by Professor Marion Turner. The
event will begin with a free lunch at 12:30pm, with the discussion 1pm-2pm.

Book at Lunchtime is a series of bite-sized book discussions held fortnightly during term-time, with commentators from a range of disciplines. The events are free to attend and open to all.

Register for your free place on Eventbrite here. If you would prefer not to use Eventbrite, please email torch@humanities.ox.ac.uk.

More than any other canonical English writer, Geoffrey Chaucer lived and worked at the centre of political life—yet his poems are anything but conventional. Edgy, complicated, and often dark, they reflect a conflicted world, and their astonishing diversity
and innovative language earned Chaucer renown as the father of English literature. Marion Turner, however, reveals him as a great European writer and thinker. To understand his accomplishment, she reconstructs in unprecedented detail
the cosmopolitan world of Chaucer’s adventurous life, focusing on the places and spaces that fired his imagination.

Uncovering important new information about Chaucer’s travels, private life, and the early circulation of his writings, this innovative biography documents a series of vivid episodes, moving from the commercial wharves of London to the frescoed chapels
of Florence and the kingdom of Navarre, where Christians, Muslims, and Jews lived side by side. The narrative recounts Chaucer’s experiences as a prisoner of war in France, as a father visiting his daughter’s nunnery, as a member of a chaotic Parliament,
and as a diplomat in Milan, where he encountered the writings of Dante and Boccaccio. At the same time, the book offers a comprehensive exploration of Chaucer’s writings, taking the reader to the Troy of Troilus and Criseyde, the gardens
of the dream visions, and the peripheries and thresholds of The Canterbury Tales.

By exploring the places Chaucer visited, the buildings he inhabited, the books he read, and the art and objects he saw, this landmark biography tells the extraordinary story of how a wine merchant’s son became the poet of The Canterbury Tales.

Marion Turner is associate professor of English at Jesus College, University of Oxford.