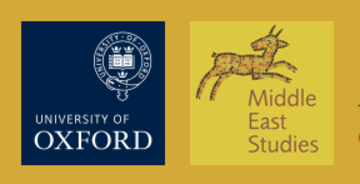 Western Intervention in the Wake of the Arab Uprisings: Political Containment, Neoliberalism, and Imperial Legacies

In the present as in the past, the Arab world remains a central target of international military, humanitarian and development interventions. From the First World War and the imposition of the League of Nations mandates, to the United Nations partition of Palestine, through the Cold War efforts to contain Arab anticolonialism, the War on Terror, and the post-2011 chain of uprisings, civil wars, and military interventions, Western policy is a basic factor in shaping Arab polities.

Following 9/11, Western-led interventions were linked to global concerns over terrorism and security. Whether pursued through government policy or international organizations, they increasingly intermingled civilian practices of economic, civic, and cultural engagement with military intervention in an attempt to implement an idealized, neoliberal political order in the former colonial world. The full repercussions of the link between development and security remain to be seen. Furthermore, as numerous scholars have demonstrated, contemporary humanitarian and military interventions in the Arab world often draw on colonial strategies and narratives to influence events and to project knowledge about managing populations.

More recently, waves of uprisings in the Arab world have shifted the frame and shaped new variations on past interventionist discourses and policies. The wars in Syria, Libya, and Yemen—to name a few—and the resulting refugee crises arguably have shaped new humanitarian, development and peacebuilding approaches, which emphasize resilience, participation and self-reliance. Again, these policies are often more attuned to the security interests of the European and Western donor states, as well as local elites, rather than the interests of the many people directly affected by them.

There is a dearth of studies that critically engage the merging of civilian with military practices while maintaining a critical distance from interventionist frameworks. What is the meaning of the recent redefinitions of development, humanitarian and military interventions? How have crises in the Arab world shaped interventionist discourses? How have recent Western policy changes been met by the concerned populations? What are the possible consequences and meanings for the Arab world? This workshop aims to address these and other questions. It aims to situate current military and development interventions into a larger context and debate about (neo)colonialism, governance, the state, sovereignty, and to encourage a systematic treatment of the historical continuities and ruptures between the present and the explicitly imperial political contexts of the early twentieth century.

We seek papers discussing examples from throughout the Arab world that address, but are not limited to, the following themes:

1. Developments in Western humanitarianism and interventionism in the wake of the Arab uprisings
How have recent crises, such as the wars in Syria, Yemen, and Libya, influenced humanitarian ideology? How are practices of intervention reinvented? How do local and regional actors influence and interact with these Western discourses and policies? How have changes in US and European domestic politics affected their foreign policies?

2. The merging of development, humanitarianism and military intervention
How can civilian-military strategies as currently applied by international military and humanitarian interventions be compared to previous imperial policies in the region? How can we make sense of such (dis)continuities of colonial strategies? What can we learn from similar situations outside of the Middle Eastern context?

3. Ethnographic approaches to global discourses and policies
How are externally produced theories of peace, development and humanitarianism implemented locally in the Arab World? How does practice differ from theory and what conclusions can we draw from this?

Partial funding is available for accommodation and/or travel expenses. Funding priority will be assigned to assist participants who have limited support from their institutions, and/or to those who will not be able to attend the workshop without assistance. Please indicate in your application if you wish to be considered for accommodation/travel expenses, and include a short justification for this support. Participants will be informed about the amount of reimbursement available for these costs when abstract is approved.