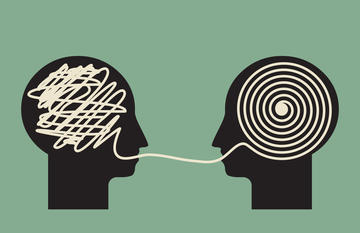 Joel Krueger: “Material Culture, Cognitive Scaffolding, and the Problem of Other Minds”

The Problem of Other Minds in philosophy and cognitive science presupposes that minds are hidden inside heads, inaccessible to anyone but their owner. This is an internalist way of thinking about minds. Recently, however, various quarters in philosophy have challenged this internalist assumption by offering various externalist alternatives: views that conceive of minds as partially realized by things and processes beyond the head, including the body and objects and institutions that are part of our shared world. In this talk, I consider some of these externalist alternatives to the Problem of Other Minds. I focus especially on the role that material culture — including aesthetic artefacts like music and literature — plays in motivating these externalist alternatives.

Ben Morgan: “Embodied Cognition and the Project of the Bildungsroman”

The paper will use the example of the European Bildungsroman as represented paradigmatically in Goethe’s Wilhelm Meister’s Apprenticeship (1795/96) to investigate the cognitive and emotional effects of reading. Goethe’s text is sensitive to the embodied encounters that shape how we relate to the experience of reading, showing the forms of sensuous interaction that scaffold and enable literary responses. The model of reading presented in Goethe’s text will be contextualized with reference to debates about fiction circa 1800, but also to research in developmental psychology into the emotional preconditions of an engagement with narrative, and to recent discussions of the so-called paradox of fiction. Goethe’s novel appeals to the bodies of its characters and its readers. The paper will investigate the behavioural scaffolding that needs to be in place for reader’s to respond to visceral potential of the literary encounter.