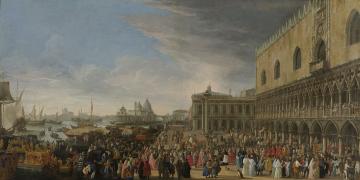 In 1609, with the help of French and English mediation, the United Provinces and Spain concluded a twelve-years Truce. The Truce period which followed is usually studied by Dutch historians in a rather parochial fashion, with much emphasis on the religious conflicts between Remonstrants and Contraremonstrants, and the temporary public sphere which this brought about. While this is very important, it obfuscates just how disturbing this twelve years' deal was on the international level, and how profound its impact on international relations.

Hugo Grotius famously said that a truce was nothing more than a slumber of war. In the words of Timothy Hampton, a truce is a hybrid event, which simultaneously involves an end to violence and a continuation of the state of war by other means. This paper seeks to analyse this war by other means by focusing on two weapons with which the Dutch now fought on the international stage: diplomacy and the political press. Both were developed with tremendous energy, and combined, they contributed significantly to the rising tensions in Europe. The Truce was a cold war in which the two largest armies in Europe were anxiously watching each other, and like the Cold War of the 20th century, it led to a culture of fear and anticipation, to a climate of conspiracy theories, and to a hardening of ideological conflict that does much to explain the intensity of the domestic religious troubles. While hostilities ceased in the Low Countries themselves, and could in theory have lessened tensions in Europe, the Truce actually exacerbated confessional divides: the tension, the violence, the propaganda, and last but not least the soldiers, were exported abroad, to the Rhineland, to London, to France, to Bohemia. No development in European international relations, from the succession conflict in Julich to the Spanish match, could be separated from that single question that would shake English politics to its foundations in the early 1620s: Spain or The Netherlands?