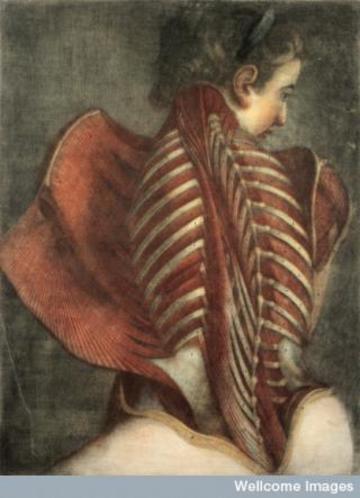 When women have expressed their own sexuality in public it has often spelled trouble in the eyes of mainstream society. In this conference, cultural practitioners and academics reflect on female sexual autobiography, untroubled by the trouble they may cause. 'Coming Off Clean’ is a phrase taken from art critic Chris Kraus’s ‘theoretical fiction’ book, I Love Dick. In the book, Kraus is preoccupied with how the ‘I’ of women writers and artists has tended to be pathologised, and cast as narcissistic, confessional, and totally at odds with the analytical. Why, she asks, do we distinguish between male artists as ‘poet-men, presenters of ideas’ and ‘actress-women, presenters of themselves’? Why, she asks, ‘does everybody think that women are debasing themselves when we expose the conditions of our own debasement? Why do women always have to come off clean?'

Please scroll down for abstracts

Booking: Please contact Lucy Jackson (lucy.jackson@ccc.ox.ac.uk). The cost for the day will be:

The booking form can be downloaded here.

This paper will consider the work of French multimedia artist Orlan. Since the late 1960s, Orlan has reflected on the female body in art and the figure of the woman artist, frequently using her own body as material. Indeed, Orlan is perhaps best known for her ongoing performance piece La Réincarnation de Saint Orlan for which she has undergone a series of surgical operations to transform herself into her own self-made artefact. This paper will focus on Orlan’s fantasies of self-genesis as presented inLa Réincarnation and elsewhere. In particular this paper will suggest that it is through becoming both creator and creature, artist and artwork, subject and object that Orlan explores the tension between ‘being a woman’ and ‘being a person’ (or more specifically an artist) in a patriarchal culture. Orlan’s work, I will argue, usurps the (masculine) privilege of universality, while at the same time insisting on the visceral specificity of her woman’s body. This insistence on both the ‘a-personal’ (in Krauss’s terms) and the presence of her female flesh gestures towards an ‘impossible’ subject position: the ‘feminine universal’.

Anna Kemp is a lecturer in French at Queen Mary University of London. Her first book Voices and Veils: Feminism and Islam in French Women’s Writing and Activism (Legenda, 2010) considers representations of muslim women in colonial and contemporary French feminist writing. She is currently working on a second book on fantasies of self-invention in contemporary art and writing by women in France.

This paper will discuss the uses of appropriations and appropriateness in Beatriz Preciado’s Testo Junkie: Sex, Drugs, and Biopolitics in the Pharmacopornographic Era. First published in French and Spanish in 2008, and released in English for the first time last year, Testo Junkie is a virtuosic and idiosyncratic work of auto-theory, in which reflections upon the pharmaceutically-mediated nature of contemporary sexual embodiments are positioned alongside semi-autobiographical accounts of the author’s illicit experimentation with Testogel – a synthetic androgen administered through the skin.

Since the end of the twentieth century, Preciado argues, the postindustrial West has been dominated by ‘the processes of a biomolecular (pharmaco) and semiotic-technical (pornographic) government of sexual subjectivity’ (2013: 33 – 34). These performative processes help to ensure the continued (re)production of those forms of gendered and sexual embodiment that best lend themselves to the commodity economy. However, the complex operations of the pharmacopornographic regime (and the various technologies upon which it relies) are also shown to be vulnerable to acts of gender piracy, and to therefore offer potential sites for queer contestation. In this paper, I will consider how Preciado’s apparent use of ‘neoliberal capitalism’s own imaginary’ (Noys, 2013) might problematize hir project, whilst exploring the ways in which this kind of (in)appropriate appropriation might be mobilized for radical gender-political ends.

Helen Hester is Lecturer in Promotional Culture at Middlesex University, London. Her research interests include pornography, visual culture, and sexuality studies, and she is the author of Beyond Explicit: Pornography and the Displacement of Sex (SUNY Press, 2013).

This paper analyses responses to the work of Christine Angot, one of the most controversial, difficult and divisive of France’s contemporary women writers. Angot’s intimate writings are acutely sensitive to the idea of the reader and self-consciously court accusations of narcissism, neurosis and pathology as well as exemplifying the risks run by women who write about sex. The paper focuses in particular on Angot’s most recent publication to date - a direct and graphic account of incest entitled Une Semaine de vacances (2012)* - and asks how we might read it.

*The title in French harbours a double meaning which makes it hard to translate: the best I have come up with to date is A Week Away.

Shirley Jordan is Professor of French at Queen Mary, University of London

Tracey Emin: a name that embodies the notion of a female artistic ‘I’ as narcissistic and confessional. It’s hard to get more autobiographical than her infamous piece My Bed (1998), or more intimate than her appliquéd tent, Everyone I Have Ever Slept With 1963-1995 (1995). The very fact that the latter work was so readily misunderstood by critics to be a list of people she had had sex with, as opposed to a list of everyone she had shared a bed with, shows the critical blindness that seems to descend after initial shock and distaste at a woman sinking so low. Dismissal after perceived debasement. A closer look would have seen that her grandmother and two unborn foetuses were on there, as well as lovers, which surely reframes the implications of the piece.

Lucas’ work is full of euphemistic bodies and bawdy references. Found objects are assembled to become sexualized; a table, two melons and a stinking fish embody a woman on all fours. And yet she is taken more seriously than Emin. She maintains a protective distance from her work, which appears to enable her to step into the male space, to become a ‘presenter of ideas’ instead of simply a presenter of herself.

Risk and display are key elements in the work of both women, so why are they received so differently? Why is Emin degraded, and Lucas ironic? And now, years later, Emin has been embraced by the establishment and is modeling for M&S. Is it possible to become clean on the dirty?

Octavia is in the third year of her phd in the Spanish Department at UCL. She is AHRC funded and is writing about eroticism and the female nude in the cinema of Luis Buñuel, Pedro Almodóvar and Julio Medem

ALEX DYMOCK Automatonomy: Notes on Marie Calloway’s What Purpose Did I Serve In Your Life

In Sexuality in the Field of Vision, Jacqueline Rose wrote in 1986 that women’s writing is granted cultural permission only when it is scripted from two localities: ‘subordination to the stereotype, or release in the freedom of writing from its weight’. In light of Rose’s assertion, I examine in this paper the critical reception of Marie Calloway’s first book,What Purpose Did I Serve In Your Life, and the scrutiny with which her own project in writing the novel has been pored over. I argue that while responses to the book have tended to aver that Calloway occupies one or other of the positions Rose articulates, what the novel shows us is that the space between them is not only indeterminate and that oscillations between them cannot be made ‘cleanly’, but that they may be altogether indivisible.

Alex Dymock is a PhD candidate in the School of Law at the University of Reading, in the final stages of completing her thesis on the relationship between perversion, desire, and the criminal law.

Alison J Carr will give a response to the day’s speakers. Alison is an artist and writer, working in photography, video, and performance.  In 2013 she gained a PhD from Sheffield Hallam University.  She has an MFA from the California Institute of the Arts and BA (Hons) Fine Art from Sheffield Hallam University.  She has exhibited and performed in Sheffield, Berlin, Los Angeles, and Indiana. Her research explores the possibility of a revitalised language around viewing, pleasure and embodiment that can result from a consideration of the figure of the showgirl.