"Not Getting Out" | Villiers Quartet Concert 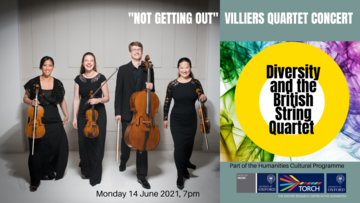 Performing live at the JdP Music Building, the Villiers Quartet give the world premieres by Florence Anna Maunders and Philip Herbert from their From Home Commissions. They also play the only string quartet written by suffragette Dame Ethel Smyth, and Alan Bush’s dramatic Dialectic for String Quartet.

Florence Anna Maunders - Not Getting Out  *From Home world premiere 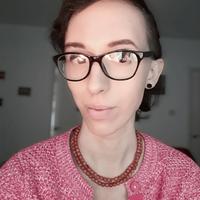 Florence Anna Maunders – Not Getting Out (2021)

The piece was intended from the start to be written as a response to lockdown, staying at home during the pandemic. The music on one level deals with that sense of being stuck in one place through restless ostinatos, looping repetitions and obsessing over single pitches. A lot of the writing deals with very close polyphony and close harmony within and around the pitches of the quartet's open strings, so the harmonic tension maintains the same level of "tightness" through dissonance in most of the piece. On another level, this piece contains references to the musical "obsessions" which carried me through lockdown - I wrote about 40 pieces through 2020! - and you can pick out passages which reveal my interest in Arabic maqams, Persian dance rhythms, the forceful rhythmic pulsations of dubstep and drum 'n' bass music and a kind of "musical breathing" in which phrases "inhale" and "exhale". 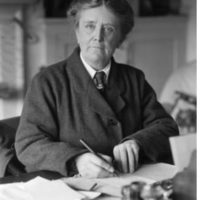 Dame Ethel Mary Smyth, (1858 – 1944) was an English composer and a member of the women’s suffrage movement. Her compositions include songs, works for piano, chamber music, orchestral works, choral works and operas. She was the first woman to conduct the Berlin Philharmonic, and she was greatly admired by contemporaries such as Mahler and Tchiakovsky.

In her Quartet in E minor, the opening Allegro lirico is a movement of great freshness and thought, with dense part-writing and rhythmical language. The second movement, Allegro molto leggiero is mischievous in quality. The slow movement, Andante, has a nobility of emotion. The finale, Allegro energico, begins with a fugue. The rhythmically unusual main subject is quite striking. 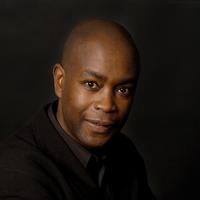 The backdrop to this piece, is the narrative of how elderly, vulnerable and disabled people were treated across the timescales of the pandemic, when facing critical illness. There were times when relatives were contacted and asked to sign DNR orders, by a doctor, on behalf of an incapacitated patient. This has sparked the process of an Inquiry to protect the rights of vulnerable people which had been violated. The attitude to do away with some patient’s lives if they were of a certain age seemed to be prevalent, rather than trying to treat their condition, during the pandemic.

This piece strives to capture in a microcosm, the journey of a patient who straddles delirium, Parkinson’s, and loss of mobility: whilst relatives experience anxiety, concern, uneasiness, watchful concern and solicitude. 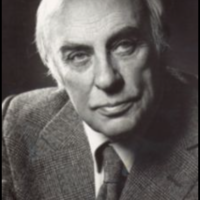 Alan Bush (1900-1995) was a British composer, pianist, conductor, teacher and political activist. He was a committed communist, and his uncompromising political beliefs were often reflected in his music - his string quartet ‘Dialectic’ is no exception.

Bush wrote several large-scale works in the 1930s, and was heavily involved with workers' choirs for whom he composed pageants, choruses and songs. His pro-Soviet stance led to a temporary ban on his music by the BBC in the early years of the Second World War, and his refusal to modify his position in the Cold War era led to a more prolonged semi-ostracism of his music. As a result, the four major operas he wrote between 1950 and 1970 were all premiered in East Germany.

Alan Bush has said that his work ‘Dialectic’ owes its title to its musical construction. The opening bars provide the source from which the whole of the rest of the movement is derived. Five main themes are stated developed and recapitulated in combination with one another, and finally their contradictions are resolved in a mood of optimism.