Conference 'The Kyivian Church and the Ukrainian Nation-State' 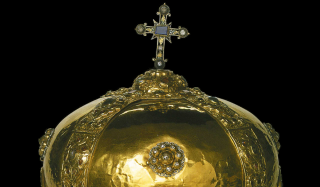 On the 6th of January 2019, the Ecumenical Patriarchate granted autocephaly to the Church of Ukraine, resulting in the foundation of a new independent Orthodox Church. This event of paramount importance ended more than three centuries of jurisdiction over the Ukrainian Church by the Patriarchate of Moscow, impacting the ongoing political conflict between the two states.

The Maison française d’Oxford is hosting an event dedicated to the elucidation of the dynamics which led to this upheaval of the political and religious equilibrium in Eastern Europe and its consequences.

Chairing: the Most Reverend Metropolitan of Diokleia Kallistos Ware (Oxford, University of Oxford)

Jonathan Shepard (Cambridge, University of Cambridge). The coming of Christianity to Rus and the Constantinopolitan connection: a few facts, figures and fantasies.

Vera Tchentsova (Oxford, MFO). The patriarchal “blessing of release” for the see of Kyiv dated 1686.

Alexandra Goujon (Dijon, University of Burgundy). The Ukrainian Orthodox Church: Political and Identity Challenges since the Revolution of Dignity.