Counterpoints of Conquest: The 1763 Royal Proclamation, the Lesser Antilles and the Ethnocartography of Genocide 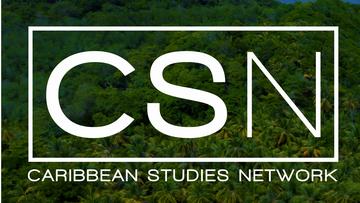 This event is part of the TORCH Caribbean Studies Network.

Melanie J. Newton (University of Toronto), ‘Counterpoints of Conquest: The 1763 Royal Proclamation, the Lesser Antilles and the Ethnocartography of Genocide’

Melanie J. Newton (University of Toronto) joins us to discuss her ongoing work on indigeneity in the Caribbean context. Dr Newton will be presenting some work-in-progress, an essay entitled 'Counterpoints of Conquest: The 1763 Royal Proclamation, the Lesser Antilles and the Ethnocartography of Genocide' (abstract below).

For a copy of the essay, please send an email to michael.joseph@history.ox.ac.uk. The pre-reading is recommended, but all are very welcome!

ABSTRACT: The British Royal Proclamation of October 7 1763 was a founding document of the British empire’s post-Seven Years War imperial constitution. A historical analysis of the Proclamation the Lesser Antillean islands grouped together in the Proclamation under the name “Grenada” (the Grenadines, Dominica, St. Vincent, reveals the Proclamation’s role as a legal artefact of an imperialist ethnogeography of the Americas that yoked together black and indigenous dispossession. The Proclamation constructed a “contrasting parallelism” or counterpoint, between a continental New World of indigenous societies and cultures, and a Caribbean New World with an, at best, ephemeral indigenous presence.

This counterpoint, whose origins lay in the earliest decades of Spanish American colonialism, worked to justify the expansion of black and indigenous enslavement and profoundly shaped French and British colonization policies in the Lesser Antilles. By the dawn of the 18th century the adoption of Africans into Antillean indigenous communities became a justification for colonists’ claims that the ‘real natives’ had almost disappeared, leaving behind blacks fraudulently claiming indigeneity in order to escape enslavement. The Royal Proclamation extended British imperial power to undermine indigenous adoption practices and processes of ethnogenesis, specifically targeting indigenous people of ‘visible’ African descent for violence and ethnic cleansing.

In the late 18th century Lesser Antilles the Proclamation’s presumption of indigenous absence facilitated the rapid escalation of black enslavement and indigenous ethnic cleansing. The Proclamation’s genocidal consequences were not accidental – even as the Proclamation appeased Britain’s indigenous Great Lakes allies, it defended the empire’s powerful, absentee ‘West India interest,’which tolerated indigenous sovereignty only so long as it did not impinge upon sugar planters’ priorities. The difference between the Great Lakes and the Lesser Antilles was not the presence or absence of indigenous people, or the effectiveness of indigenous resistance, but the relative strength of imperial commitments to sugar and slavery.

Seminars will take place on Zoom. Times listed are London times. All seminars last no more than one hour. Seminars are open to all.

To be added to the mailing list, or to find out more about our network, please email william.ghosh@jesus.ox.ac.uk or michael.joseph@history.ox.ac.uk