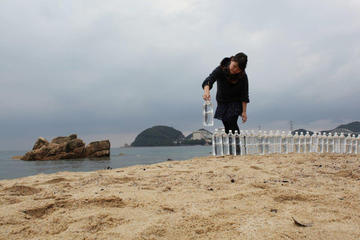 An Encounter between the Arts and Sciences

The encounter between researchers and artists from the Berlin University of the Arts (UdK Berlin) and the University of Oxford will open-up a discursive and performative field of joint engagement spanning from the arts to the humanities and sciences. We are conjecturing that a disciplinary exchange of methodologies, modes of representation, language and other qualities will lead to more innovative contributions in the fields of the arts and sciences alike. The embracing of a more differentiated worldview – one that willfully goes beyond preconceived disciplinary borders and integrates speculative, subjective and positivistic approaches to problem-solving and creation ­– corresponds well with the challenges the world is facing today, challenges that are complex and far-reaching in their impact.

National restrictions of travel and physical contact in the context of the global COVID-19 pandemic affected the planned encounter between researchers, artists and designers of the University of Oxford and the UdK Berlin scheduled for April 2020. Thus we will offer a digital platform for experiences and personal exchanges followed by an event in the physical realm on the Berlin campus in October.

This shift to a digitally mediated mode of communication requires also a critical assessment of the impact that any given media technology has on the execution of its dependent activities. On a technological side it is our desire to develop a balanced interaction between content and media, which can support, inform and structure each part positively and grant new experimental spaces of shared exploration between the members of both universities. These mediated encounters will not be evaluated in their capability to mimic or replace analogue protocols but in their aptitude to provide a novel emphatic perspective on how we can work, think and communicate together from now on and in which digital modes of communication are crucial. The previously published overall thematic setup of the Oxford-UdK-encounter that focussed on the epistemic relationships between arts and science from the distinct institutional perspectives remains largely unaltered but surely is augmented by this new mode of digital interactions.

The UdK Berlin has been developing a digital collaboration platform suited for creative work: A group of teachers and students – from the design departments Communication in Social and Economic Contexts and Art & Media study courses as well as the Einstein Centre for Digital Futures – has started to set-up a more individualized communication platform that relies on open-source code components, grants adaptable infrastructural benefits and better personal data protection. Prof. Dr. Dr. Hromada and Prof. Gasteier are leading the team effort at UdK Berlin’s Media House. The new platform is already operating in experimental mode this summer semester.

The project infrastructure is conceived as a logistical architecture but provides project spaces that can in the following be furnished with individual media material and be open for communication and teaching between members of the institutions and beyond. Teams from the University of Oxford and the UdK Berlin will come together in the various digital spaces and move into their own uniquely shaped ‘workshop’, embedded in a larger cluster of projects.

Starting with a collective kick-off event, researchers and artists from both institutions can in the course of the coming weeks successively supply their individual contents, hereby also forming a time-based archive of the encounter. The distinct spatial architecture of the communication platform furthermore allows the establishment of connections between individual spaces, hence providing deliberate passages from one project room to another. This feature grants an interesting structural method for the collective dissemination of individual contributions. Relevant links, results and outcomes may also be published on The Oxford Research Centre in the Humanities (TORCH) website.

We want to invite you to a joint video conference at the start of the Digital Sandpits with introductions to the partnership of the two universities and a presentation of the digital infrastructure.

For registration please contact Julia Warmers at p-s@intra.udk-berlin.de by May 13.

Prof. Alexander García Düttmann
(UdK Berlin, Institute for Art History, Art Theory and Aesthetics)
Art and Theory at UdK Berlin
Alexander García Düttmann studied philosophy with Alfred Schmidt in Frankfurt and with Jacques Derrida in Paris. After spending two years at Stanford as a Mellon Postdoctoral Fellow, he moved to London and taught at the University of Essex. Before taking on a position at UdK Berlin in 2013, he taught at Goldsmiths for ten years and was a visiting professor at New York University and the Royal College of Art. His most recent book publications include “What Does Art Know? For an Aesthetics of Resistance” (2015), “What is Contemporary Art? On Political Ideology” (2017) and “Love Machine. The Origin of the Work of Art” (2018). All three books were published by Konstanz University Press. He has just completed a new manuscript entitled “In Praise of Youth”. He is also the editor of a lecture course by Jacques Derrida that was published posthumously in France (“Theory and Practice”, Paris 2017), has written a book about San Francisco (“Naïve Art. An Essay on Happiness”, 2012) and appears as an actor in Albert Serra’s new film, “Liberté” (2019).
a.garciaduettmann@udk-berlin.de

Angela Jacob Bermudo and Mattia Montanari (Oxford X-Reality Lab)
Digital Collaboration: what works and what does not
Mattia Montanari’s research aims to bridge Scientific Computing and Computer Graphics to create interactive simulations. Super computers, cloud and immersive technologies are the key enablers of his research and so in 2017 he founded the Oxford X-Reality Hub. This is now a team of 4 that aims to support knowledge transfer and research across the University of Oxford using immersive technologies. Prior to his experience at Oxford, Mattia studied in Italy (Bologna University), Sweden (KTH), Wales (Swansea University) and France (Ecole Centrale de Nantes). mattia.montanari@eng.ox.ac.uk / angela@bermudomedia.com

Prof. Kate McLoughlin (Oxford Silence Hub)
Social distancing: Specific opportunities and challenges arising in Oxford and Berlin and relating to the proposed Oxford-Berlin collaboration
Kate McLoughlin is a Professor of English Literature at the University of Oxford and a Fellow of Harris Manchester College.  For much of her career, she has worked on war writing, publishing Authoring War: The Literary Representation of War from the Iliad to Iraq, The Cambridge Companion to War Writing and Veteran Poetics: British Literature in the Age of Mass Warfare.  In 2017-18, she was co-convenor of the Mellon-Sawyer international seminar series Post-War: Commemoration, Reconstruction, Reconciliation.  Funded by a Leverhulme Major Research Fellowship, she is now writing a literary history of silence which will be published by Oxford University Press.  With Dr. Suzan Meryem Rosita Kalayci and Professor Willem Kuyken, she convenes Oxford's Silence Hub.
kate.mcloughlin@ell.ox.ac.uk