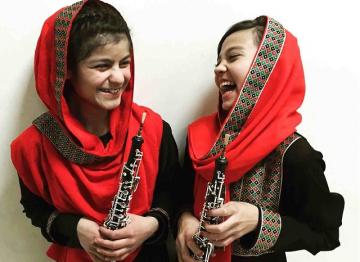 From the late 19th century to the early 20th century the rulers in Kabul (known as Amirs) were great music lovers and patrons of music. The lecture-recital explores the changing role of the Lareh repertoire under the changing Amirs of the period. The concert forms part of a week-long residency for Ensemble Zohra, the first-ever all female orchestra of Afghanistan.

This is one of the events from the Afghan Women's Orchestra's residency. The full programme includes: