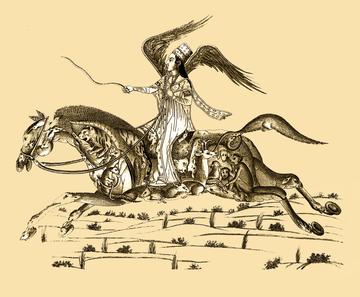 From the film producer: The collected work known as  'One Thousand and One Nights' survived for centuries through generations of Arab storytellers, and is now recognized as an integral part of world literature. In this filmed performance, storyteller/filmmaker Nacer Khemir sits on chair in the middle of a dimly lit stage and deploys the magic of words to take us on a journey of the imagination. This simple set-up may not seem like much, but it offers the listener an extraordinarily colorful experience and brilliantly emphasizes the oral nature of the work. As we listen to the expertly told stories, we are equally charmed by their intricacies and entranced by their interconnectedness. Even though Khemir illustrates some of the stories with beautifully filmed sequences, the audience’s ability to listen is paramount here. Sheherazade used words to avoid impending death, Khemir uses the art of storytelling to breathe a new life into this ancient masterwork.