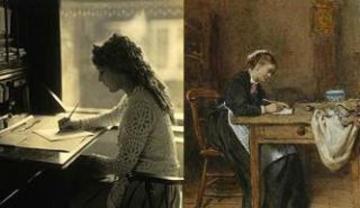 The ‘What is Women’s Writing?’ Interdisciplinary Research Group and The Oxford Research Centre in the Humanities (TORCH) invite you to the Gender, Literature and Culture Seminar.

For Michaelmas Term 2013, their topic is The Creative and the Critical. The programme is to consist of three seminars and a workshop, all held in Room 11 at the Exam Schools on High Street.

All are welcome, and refreshments will be provided.

Prof. Amaral is a poet and professor of Anglo-American Studies at the University of Porto. Her academic research focuses on comparative poetics, feminist studies, and queer theory. In addition to publishing numerous articles in Portuguese and international journals, in 2005 she co-authored (with Ana Gabriela Macedo) the Dicionário da Crítica Feminista (Dictionary of Feminist Criticism), and she recently published a new annotated edition of the feminist classic Novas Cartas Portuguesas (New Portuguese Letters) by Maria Isabel Barreno, Maria Teresa Horta and Maria Velho da Costa. She has published 11 original collections of poetry and two volumes of collected poems, as well as several translations and books for children. Her work has been awarded several literary prizes, including Portugal's most important prize for poetry (the "Grande Prémio" of the Portuguese Writers' Association) in 2008, for her book Entre Dois Rios e Outras Noites, and the Italian Giuseppe Acerbi Prize in 2007.

Prof. Watts is Director of the Birkbeck Contemporary Poetics Research Centre. Professor Watts’ research focuses on eighteenth-century literature and contemporary poetics. She is particularly interested in working through collaborative cross-arts practice. She runs the innovative Voiceworks project with colleagues at Guildhall Conservatoire, bringing Birkbeck postgraduate writers together with composers and singers to produce songs annually performed at Wigmore Hall. Professor Watts has published several poetry collections, including Wrack and Occasionals, both published by Reality Street, and a number of chapbooks, including the When Blue Light Falls series (Oystercatcher Press, 2008, 2010, 2012) and Mother Blake (Equipage, 2012. Professor Watts’ current research explores the connections between poetic practice and surgery, working with a surgical team from Imperial College. She is also continuing to work on loyalism during the American Revolution and its material inscription, building on her earlier monograph The Cultural Work of Empire: The Seven Year’s War and the Imagining of the Shandean State (Edinburgh/Toronto, 2007).'

Emily Spiers is writing a D.Phil. dissertation on Contemporary Feminisms and Women’s Writing in the Anglo-American and German Contexts at Oxford University. She is a member of the Women in German Studies (WiGS) Committee and she has a chapter on German pop feminism coming out next spring in a de Gruyter volume entitled 'German Pop-literature: a Companion.' She also is a published writer of both poetry and prose.