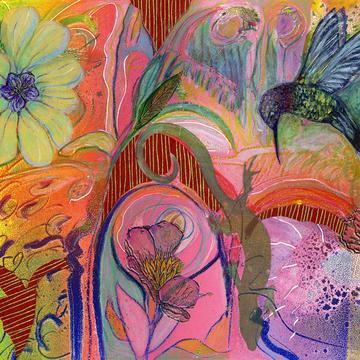 Image by Linda Lyke. Reproduced by permission of the artist.

Register for this event here. 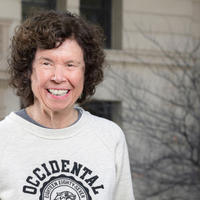 Jean Wyatt’s research and teaching fields are contemporary African American and Native American women writers, British modernist novels, capitalism and the nineteenth-century novel, race and gender theory, and psychoanalysis. Her books include Love and Narrative Form in Toni Morrison’s Later Novels (2017), Risking Difference: Identification, Race and Community in Contemporary Fiction and Feminism (2004), and Reconstructing Desire: The Role of the Unconscious in Women’s Reading and Writing (1990). She has been honored with the Occidental College Sterling Award for Scholarship and Teaching (2003). And she was awarded the Toni Morrison Book Prize for the Best Single-Authored book on Toni Morrison (2018). She has been appointed a distinguished visiting scholar at the Summer Institute, University of Kansas (2007) and a visiting academic in the English Faculty, Oxford University, U K (2018). 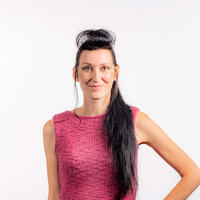 Dr Jenni Ramone undertakes research and teaching in postcolonial studies in literature, and in interdisciplinary studies, including art and architecture at Nottingham Trent University.

Jenni Ramone teaches postcolonial literature and theory and is Module Leader for the popular second-year module, Black Writing in Britain. She also leads Literary Cultures, an innovative module that she devised to enable undergraduates to put into practice their literary skills and knowledge by writing and publishing a special issue of an open access journal each year, and organising and running a literary conference for a public audience. 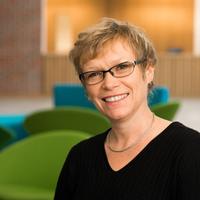 Helen has worked at Newman University since 1996. After completing her MA in postcolonial literature in 1995, she pursued her interest in African women’s literature by taking this as the subject of her PhD thesis, completed in 2001. Helen’s current research interests are in contemporary Black British writing around themes of Englishness, belonging and aesthetics. Helen is interested also in the pedagogic issues around induction and retention, and assessment and feedback in Higher Education and has been the recipient of several HEA awards to support work in this area. She is on the advisory board for Postcolonial Interventions: An Interdisciplinary Journal of Postcolonial Studies and an editor for The Literary Encyclopaedia (Anglophone African literature and culture desk).

In what inventive ways do novels by global black women writers experiment with the representation of black subjectivity?  This set of four workshops will feature fourteen scholars of contemporary global literature who explore the inventiveness of black women writers from Britain, the Caribbean, Africa and the U.S.  Presenters will focus on authors such as Jesmyn Ward, Toni Morrison, Tsitsi Dangarembga, Paulina Chiziane, Nalo Hopkinson, Bernardine Evaristo and Helen Oyeyemi.  Through attention to the narrative form and stylistic innovations of such authors, presenters will explore how black women writers reshape the formal structure of their novels and pioneer different styles of narration in their efforts to depict the lives, histories and subjective realities of the racialized subjects represented by their characters.  Presentations will display the revolutionary content and stylistic innovations deployed by contemporary black women writers in their efforts to make readers confront and even change their fixed ideas about racialized subjects.

Disorienting Subjectivity in Helen Oyeyemi’s The Icarus Girl: Toward a Yoruba Understanding of Embodiment and Reincarnation

“There are things you don’t need to be told. You suckle them at your mother’s teat”: Dynamic Subjectivity, Breastfeeding, and Storycrafting in The First Woman (2021) by Jennifer Nansubuga Makumbi

“An unexpected turn”: Coincidence and Community in Aminatta Forna’s Happiness

Find out more about the Intersectional Humanities Programme here.