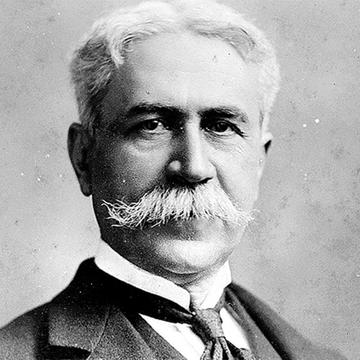 In this term’s inaugural session of the Global Thinkers of the International Series, Professor Leslie Bethell, a leading expert on 19th and 20th century Latin America, Emeritus Fellow of St Antony's College and founder of the Centre for Brazilian Studies, Oxford, will trace the life and internationalist thought of Brazil’s Joaquim Nabuco (1849–1910).

Nabuco was a Brazilian writer, statesman, and a leading voice in the abolitionist movement of his country. One of his most significant works in this regard is the book O Abolicionismo (Abolitionism: The Brazilian Antislavery Struggle), published in 1883. He was the first Brazilian ambassador to the United States from 1905–1910 marking a significant shift in Brazil’s role in the world arena.

Having realised the importance for Brazil and other South American nations to develop a united relationship with North America, he became a proponent of Pan-Americanism. Like many other thinkers in this series, his voice has not made its way into mainstream International Relations.

Organised with support from the Oxford University Press John Fell Fund and in collaboration with the African Studies and Latin American Centre, Oxford School of Global and Area Studies.