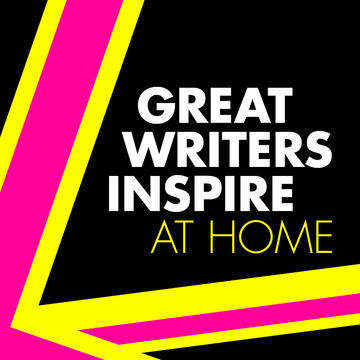 Editors Susheila Nasta and Mark Stein will be in conversation with contributors Gail Low, Henghameh Saroukhani and Florian Stadtler about their forthcoming Cambridge History of Black and Asian British Writing, the very first academic collection to cover nearly 300 years of Black and Asian British literature, due to be published in 2018. From their perspectives as critics, they will address the questions of writing, reading and identity in Britain today.

Susheila Nasta is Editor of Wasafiri, the magazine of international contemporary writing she founded in 1984. A literary activist, writer and presenter, she is now Emeritus Professor of Modern Literature at the Open University in Britain.  She has been judge of several literary prizes, most recently as fiction chair for BOCAS in Trinidad.  She has published widely on postcolonial and contemporary writing; especially, on the Caribbean, the South Asian diaspora and black Britain. Her books include, Home Truths: Fictions of the South Asian Diaspora in Britain (2002), Writing Across Worlds: Contemporary Writers Talk (2004), India in Britain (2012) and Asian Britain: A Photographic History (2013). She is currently co-editing the first Cambridge History of Black and Asian British writing with Professor Mark Stein and working on a group biography, entitled The Bloomsbury Indians. In 2011, she received an MBE for her services to black and Asian literatures. See: http://www.open.ac.uk/arts/research/asianbritain/  and http://www.wasafiri.org

Mark Stein is the Chair of English, postcolonial and media studies at WWU Munster. In research and teaching, he takes an interest in anglophone cultural production from around the globe. Special emphasis is placed on postcolonial, transnational, and transcultural phenomena, Afroeuropean studies, and diasporic formations. He is interested in porosity, translocation, and queer/ing. Mark Stein has published on Tsitsi Dangarembga, Dambudzo Marechera, Hanif Kureishi, Andrea Levy, and Jackie Kay. His Black British Literature: Novels of Transformation came out with Ohio State UP (2004). Co-edited books include Crossovers(2017), Edward Said (2014), Postcolonial Translocations (2013), Hybrid Cultures, Nervous States (2011), and Cheeky Fictions (2005). Currently he is co-editing the first Cambridge History of Black and Asian British Writing with Susheila Nasta, as well as volumes on Postcolonial Ideology and on Locating Afroeuropean Studies. See: ptts.wwu.de/Muenster/team/stein.html

Gail Low teaches creative writing and book history at the University of Dundee. She is the author of White Skins/Black Masks (Routledge, 1996), Publishing the Postcolonial (Routledge, 2011) and has co-edited A Black British Canon? (2006, with Marion Wynne-Davies) and The Voyage Out (2016, with Kirsty Gunn).

Henghameh Saroukhani is Assistant Professor in Literatures and Cultures of the Black Atlantic at Saint Mary’s University, Canada. She has published on the work of Linton Kwesi Johnson and Bernardine Evaristo, and has written more generally on black British poetry and fiction in the late twentieth century, the history of British dub poetry, and the cultural politics of the car. Her current book project examines the cosmopolitics of twenty-first-century black British writers.

Florian Stadtler is Lecturer in Global Literatures at the University of Exeter. Previously a Research Fellow at the Open University on the AHRC-funded projects Making Britain: South Asian Visions of Home and Abroad and Beyond the Frame: Indian British Connections, he has co-written with Susheila Nasta Asian Britain: A Photographic History. He has published on South Asian and British Asian Cinema, Literature and History, most recently the monograph Fiction, Film and Indian Popular Cinema: Salman Rushdie’s Novels and the Cinematic Imagination. He is Reviews Editor for Wasafiri: The Magazine of International Contemporary Writing.

This workshop series, hosted jointly by the Oxford English Faculty and TORCH and supported by the OUP John Fell Fund, brings a number of contemporary British writers into conversation with readers to discuss how literature shapes our perceptions of the world today and our identities within it.

All are welcome. These sessions will be recorded for podcasting.