Hafez and Persian Poetry in Song (Part One) 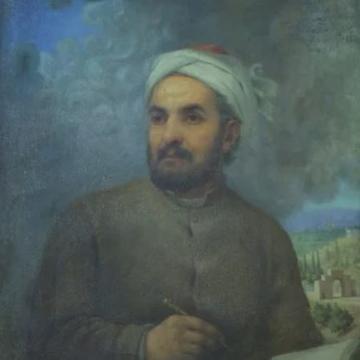 This event will be broadcast from Various

For more information and to book your tickets, click here.

Presented in association with TORCH, with support from the Humanities Cultural Programme, and the Ashmolean Museum

The focus of today is on Hafez, the 14th-century Persian poet, and his reception and influence on song across the centuries. In this first event, we root ourselves in the time of Hafez himself. Dominic Brookshaw, Fellow in Persian at Wadham College, introduces Hafez and the intricate poetic form of the ghazal in which he wrote, speaking from the Persian Library in Wadham College. Francesca Leoni, Assistant Keeper and Curator of Islamic Art at the Ashmolean Museum, shows us several objects from the Museum’s collection, adding another layer to the cultural backdrop of medieval Persia. And British-Iranian composer Soosan Lolavar, Professor of Composition at Trinity Laban Conservatoire, discusses Iranian musical traditions.

Interspersed throughout the event, British-Iranian soprano Soraya Mafi performs songs by Schubert (including the two dazzling Suleika songs) Schumann and Wolf. Soraya is one of today’s most exciting sopranos, described by the Daily Telegraph as ‘mercurial and sparkling’. She also performs a setting of Rumi, ‘Heart Snatcher’, by the young Iranian composer Mahdis Kashani. This Festival was supposed to include the UK premiere of a major new song cycle by Mahdis, which has now been postponed until 2021 unfortunately, so we are delighted to be able to include one of her existing works this year.

For more information and to book your tickets, click here.