How Shall We Sing the Lord's Song in a Strange Land? 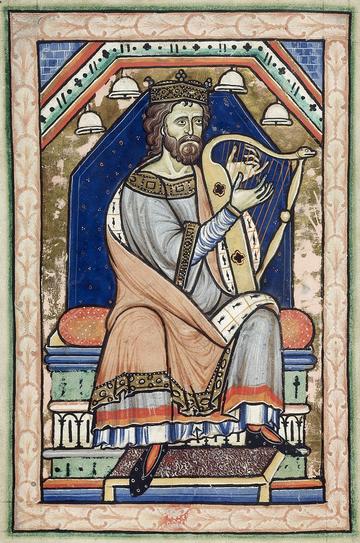 This seminar on '"How Shall We Sing the Lord's Song in a Strange Land?" Theological Turmoil and the use of Psalms in Early-Modern English Music' with speaker Jonathan Arnold (University of Oxford) is hosted by The Oxford Psalms Network. During the European Reformation both music and the psalms became useful tools, even weapons, for expressing theological conviction and identity. The words of the psalms were employed polemically in the turmoil between Catholic and Protestant believers. In the sacred choral music of the early-modern period, psalm settings could denote secretive, or not-so-secretive, allegiances and the manner of psalm word setting became an important factor in how religious fervour was expressed. This lecture will explore the work of several early-modern European composers of sacred music and how their musical settings of psalm texts expressed their innermost religious sentiments.

This talk is part of the 'New Perspectives on the Psalms: A Series of Public Lectures'.

Well I heard there was a secret chord,
That David played, and it pleased the Lord
(Leonard Cohen, ‘Hallelujah’)

The Oxford Psalms Network is pleased to announce a series of public lectures on the Psalms bringing into conversation contemporary artists, illustrators and musicians with speakers from a range of academic disciplines, including theology, literature, music and art. From the rich tradition of rabbinic commentary through the exegesis of the Church Fathers to contemporary popular song, the Psalms have always been at the core of Judaeo-Christian culture and belief. Lectures will cover topics from the earliest evidence for the singing of the Psalms in ancient Hebrew, Greek and Latin, through medieval and early Modern translations into English, French, German and other languages and intersections with other cultures and faiths, to modern responses in visual culture and music.

All lectures will take place at 6.15pm (arrival from 6.00) in the Ursell Room, Pusey House, St Giles, Oxford, followed by a drinks’ reception.

This is a public event – all are welcome!