Hunger Beyond Norway: Hamsun and Cosmopolitanism

A seminar examining the relationship between cosmopolitanism and Knut Hamsun's works of the 1890s. 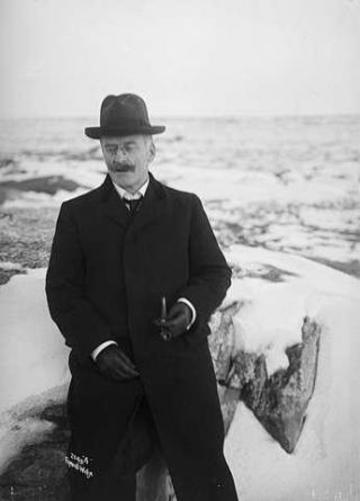 This TORCH Nordic Network seminar will examine the relationship between cosmopolitanism and Knut Hamsun’s works of the 1890s. Professor Emerita Monika Žagar (Minnesota) will discuss whether Hamsun’s reflections on Native Americans, African Americans and large-scale immigration in The Cultural Life of Modern America fall under cosmopolitanism or old-style colonialism, Dr Stefano Evangelista (Oxford) will speak of George Egerton, Hamsun’s first English translator, and Eveliina Pulkki (Oxford) will examine the role that cosmopolitan identity plays in the works of Hamsun and the yet to be translated work of his Finnish contemporary Juhani Aho.

Professor Monika Žagar: “Knut Hamsun's Travels: Cosmopolitanism or Old-Style Colonialism?”
In her talk, Professor Žagar examines how Knut Hamsun's travels and encounters with other peoples are echoed in his texts. The main focus will be on Hamsun's 1889 book The Cultural Life of Modern America in which Hamsun describes his two visits to the United States. The book includes reflections on Native Americans, African Americans and on the large-scale immigration from European countries to the new continent.
Professor Žagar received her doctoral degree in Scandinavian Studies from the University of California at Berkeley in 1994 and then taught at the University of Minnesota - Twin Cities for twenty years. Her interests and research activities span from Scandinavian literature in general to modernity and visibility of women in Scandinavia in particular. Her book Knut Hamsun: The Dark Side of Literary Brilliance appeared in 2009. As Professor Emerita, Prof. Žagar continues her academic research but has also published a novel and contributes columns to a number of journals.
Dr Stefano Evangelista: “A Fragment of Life Itself: George Egerton's Translation of Hamsun's Hunger”

The first English translation of Knut Hamsun's provocative novel Sult (1890) came out in 1899. Its author was George Egerton, a writer who had come to prominence earlier that decade for her experimental narrative style and bold treatment of female sexuality. This paper will look at the early English reception of Hamsun, paying particular attention to Egerton's double role as translator of Scandinavian fiction and writer about modern Norway.

Stefano Evangelista is associate professor in English at Oxford University. He works on English and comparative literature, with a special interest in the late nineteenth century. He is currently writing a book on literary cosmopolitanism in the English fin de siècle, which includes a chapter on George Egerton.
Eveliina Pulkki: “Aho, Hamsun, and Cosmopolitan Identity”
Finnish writer Juhani Aho’s novel Alone was published in 1890, the same year as Knut Hamsun’s Hunger. Yet to be translated into English, it focuses on the emotional and psychological effects of uprooted urban life on a disillusioned flâneur. This talk will examine the function of cosmopolitan experience in the two works, which contrasts with the auto-exotic portrayal of peripheral Nordic life that marks the oeuvres of both Aho and Hamsun as a whole.
Eveliina Pulkki is a co-convenor of the TORCH Nordic Network, a doctoral candidate in Modern Languages at Oxford, a Clarendon Scholar and a member of Jesus College.  Her research, which focuses on body image in the works of Kafka, Hamsun, and Woolf, is supervised by Professor Ritchie Robertson.