Ibsen, Scandinavia and the Making of a World Drama: A Book at Lunchtime 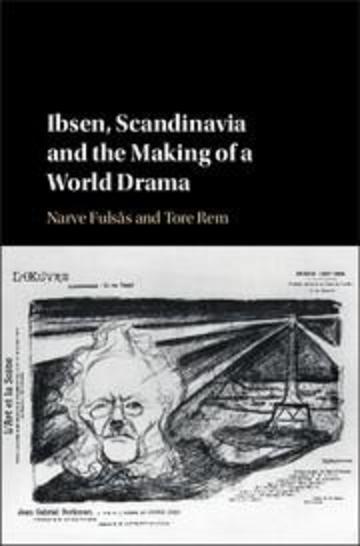 Henrik Ibsen's drama is the most prominent and lasting contribution of the cultural surge seen in Scandinavian literature in the later nineteenth century. When he made his debut in Norway in 1850, the nation's literary presence was negligible, yet by 1890 Ibsen had become one of Europe's most famous authors. Contrary to the standard narrative of his move from restrictive provincial origins to liberating European exile, Narve Fulsås and Tore Rem show how Ibsen's trajectory was preconditioned on his continued embeddedness in Scandinavian society and culture, and that he experienced great success in his home markets. This volume traces how Ibsen's works first travelled outside Scandinavia and studies the mechanisms of his appropriation in Germany, Britain and France. Engaging with theories of book dissemination and world literature, and re-assessing the emergence of 'peripheral' literary nations, this book provides new perspectives on the work of this major figure of European literature and theatre.

Narve Fulsås is Professor of Modern History at the University of Tromsø – the Arctic University of Norway. He has been working with cultural history, intellectual history, history of historiography, book history and Ibsen studies. He was editor of introductions and comments to the letter volumes in the new, critical edition of Ibsen’s writings, Henrik Ibsens skrifter (vols. 12-15, 2005-10). With Tore Rem, he will edit Ibsen in Context under contract with Cambridge University Press. He is chief editor of Historisk tidsskrift (Journal of History) and Chair of the Programme Board for Independent Research in the Humanities and Social Sciences in the Research Council of Norway.

Tore Rem is Professor of English Language and Literature at the University of Oslo, Norway. He is the author of several nonfiction books and is known especially for his critically acclaimed biography of Jens Bjørneboe. His books include Dickens, Melodrama and the Parodic Imagination (2002), Forfatterens strategier. Alexander Kielland og hans krets (2002), Bokhistorie (2003), Henry Gibson/Henrik Ibsen (2006), Jens Bjørneboe. Brev i utvalg (2006).As an Ibsen scholar Rem is general editor of the Penguin Classics edition of Ibsen and the author of many articles on Ibsen’s English-language reception.

Narve and Tore will be joined an expert panel to discuss the book and its themes:

Part of Book at Lunchtime, a fortnightly series of bite-sized book discussions, with commentators from a range of disciplines.