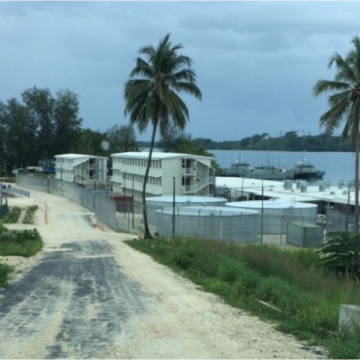 Manus Prison theory is a coherent intellectual, creative and political project inspired by four years of ongoing research and organising between Behrouz Boochani and Omid Tofighian in what we refer to as a shared philosophical activity. Similar collaboration, consultation and sharing precede the project and include networks of scholarship and collective action. The theory has experienced a heightened interest and urgency since the release of "No Friend but the Mountains: Writing from Manus Prison" (Boochani 2018) and after winning prestigious awards. It aims to analyse the detention industry by identifying its connections with other forms of violence and domination; this approach focuses on how systems of oppression are interconnected, mutually reinforcing and multipliable. By considering an intersectional and decolonial approach and framing the analysis of Manus Prison within the discourse pertaining to kyriarchy we expose how border violence is rooted in Australia’s colonial imaginary and pervades socio-political structures and institutions. 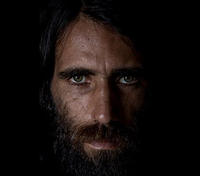 Behrouz Boochani is Adjunct Associate Professor of Social Sciences at UNSW, author and journalist was incarcerated as a political prisoner by the Australian government on Manus Island and is now held in Port Moresby (Papua New Guinea). His book No Friend but the Mountains: Writing From Manus Prison (Picador 2018) has won numerous awards including the 2019 Victorian Prize for Literature. He is also non-resident Visiting Scholar at the Sydney Asia Pacific Migration Centre (SAPMiC), University of Sydney; Visiting Professor at Birkbeck, University of London; Honorary Member of PEN International; and winner of an Amnesty International Australia 2017 Media Award, the Diaspora Symposium Social Justice Award, the Liberty Victoria 2018 Empty Chair Award, and the Anna Politkovskaya award for journalism. Boochani is also co-director (with Arash Kamali Sarvestani) of the 2017 feature-length film Chauka, Please Tell Us The Time; collaborator on Nazanin Sahamizadeh’s play Manus; and associate producer for Hoda Afshar's video installation Remain (2018). 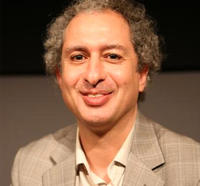 Omid Tofighian is an award-winning lecturer, researcher and community advocate, combining philosophy with interests in citizen media, popular culture, displacement and discrimination. He is Adjunct Lecturer in the School of the Arts and Media, UNSW; Honorary Research Associate for the Department of Philosophy, University of Sydney; faculty at Iran Academia; and campaign manager for Why Is My Curriculum White? - Australasia. His published works include Myth and Philosophy in Platonic Dialogues (Palgrave 2016); he is the translator of Behouz Boochani's multi-award winning book No Friend but the Mountains: Writing From Manus Prison (Picador 2018); and co-editor of 'Refugee Filmmaking', Alphaville: Journal of Film and Screen Media (2019).

The event is free of charge. Please ensure registration for numbers here.