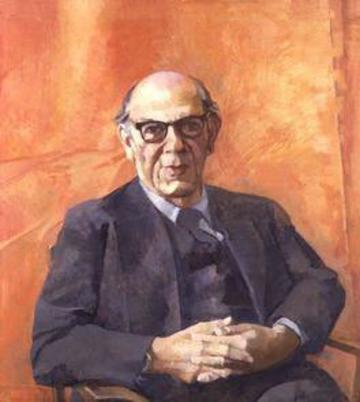 Much attention has been given to Berlin’s concept of the ‘Counter-Enlightenment’. The focus of the present conference is rather on the Enlightenment and on Berlin’s presuppositions about it. Our hypothesis is that Berlin started from a conception of the Enlightenment which, in the light of present-day understanding, looks narrow and in need of revision. His Enlightenment is predominantly French, with ‘allies and disciples in other countries’ (Against the Current, p. 1); it believes in the supremacy of reason, in uniformity of human nature, in inevitable progress towards scientifically grounded truth. Although the ‘wayward’ Diderot is a wild card, resistance to this French-centred Enlightenment comes above all from Germany, where the Sturm und Drang and the thought especially of Herder promote passion over reason, resistance to nature over collaboration with nature, the particular over the universal, nationality over general humanity.

This picture, with its sharp contrast of a hyper-rational France and an increasingly irrational Germany (the latter linked with the ‘anti-intellectualist’ Edmund Burke), ignores the growth of sensibility and its theoretical underpinnings (Shaftesbury, Ferguson, Adam Smith) which were influential in both France and Germany; the growth of Enlightenment anthropology, which sought a science of man that explained the relation between the soul/mind and the body; and the extent to which Herder may be seen as not opposing but extending Enlightenment interests in psychology, ethnography, theology, and Biblical scholarship. It seriously underplays the importance of the German Enlightenment which is now understood as comprehending much of the work of Goethe and Schiller and culminating in the philosophy of Kant. Hence in the conference programme there is much reference to German authors; even Hamann will be interrogated to see if his work was so entirely opposed to the Enlightenment as Berlin maintained. Most of the papers focus on authors whom Berlin wrote about and will assess his judgement of them in the light of more recent research, while others address aspects of the Enlightenment which Berlin disregarded or and underplayed and which would have qualified his view of it. A closing panel discussion will seek to identify the major themes arising from the various papers and to define the overall view of the Enlightenment that emerges from Berlin’s work, bearing in mind other well-known accounts of the Enlightenment as those of Cassirer, Horkheimer/Adorno, Venturi, and most recently Jonathan Israel and Anthony Pagden.

The conference will also ask how far Enlightenment thought fed into Berlin’s famous conceptions of liberty and liberalism, and will give some attention to Berlin as part of a European Jewish diaspora that found a congenial intellectual home in Oxford. Berlin’s literary skills will also be appreciated with reference particularly to his essays in ‘life-writing’ in Personal Impressions and elsewhere.

The conference is conceived as interdisciplinary. It originates from the work of the Besterman Centre for the Enlightenment, a research centre associated with the Voltaire Foundation at Oxford, which brings together scholars from a variety of disciplines to pursue the study of the Enlightenment and its legacies. It is part of a series of academic activities organized by the research programme on the Enlightenment which is supported by TORCH (The Oxford Centre for Research in theHumanities). Besides TORCH and the Voltaire Foundation, the conference has benefited from financial support from the Oxford Centre for Hebrew and Jewish Studies, All Souls College, the Centre for Life-Writing at Wolfson College, and the Modern Humanities Research Association.

Registration: Those wishing to attend are asked to register before 1 March 2014 by writing to the Conference Assistant, Ms Rebecca Dolgoy, at rebecca.dolgoy@hertford.ox.ac.uk. Attendees other than speakers will be asked to pay a fee of £90 (£70 for students) to cover the cost of consumables; this should be paid at the conference itself. The non-meals fee is £15.

5.30 Recorded lecture by Isaiah Berlin, ‘Some Opponents of the Enlightenment’, presented by Henry Hardy

2.00 Karen O’Brien : Berlin and Montesquieu
2.40 Chris Brooke: Berlin and the Origins of the ‘Totalitarian’ Rousseau