Life in Translation: Zofia Nalkowska in English and Virginia Woolf in Polish 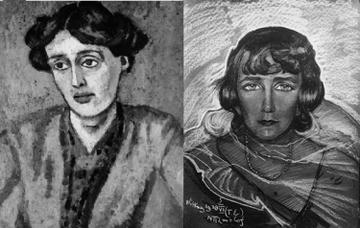 "Life in Translation: Zofia Nalkowska in English and Virginia Woolf in Polish" will be hosted by the Oxford Comparative Criticism and Translation TORCH Programme.

Zofia Nałkowska (1884-1954) and Virginia Woolf (1882-1941) lived in the same period but at opposite ends of Europe in very different political and cultural circumstances. Both were prominent writers already in their lifetimes, but it is largely thanks to subsequent scholarship that they are now recognized as contributors to feminist thinking in their own cultures. But can they also have an impact in their new lives in translation on the shape of feminism and women’s history in their target cultures? This discussion between the translators, Magda Heydel (Jagiellonian University, Kraków) and Ursula Phillips (UCL SSEES), chaired by Stanley Bill (Cambridge University), will compare and contrast the two authors as a prelude to exploring their reception in translation.

The event will also be an occasion to celebrate Ursula Phillips's Found in Translation Award 2015 presented on 2 October this year during International Translation Day at the British Library in London, which she received for her translation of Choucas by Zofia Nałkowska (Northern Illinois University Press, 2014). More details can be found here.

The event is co-organised and supported by Programme on Modern Poland, Oxford Comparative Criticism and Translation and the Polish Cultural Institute in London.