Literature and Medicine in the Nineteenth-Century Periodical Press: The Literary Doctor in Blackwood's Edinburgh Magazine 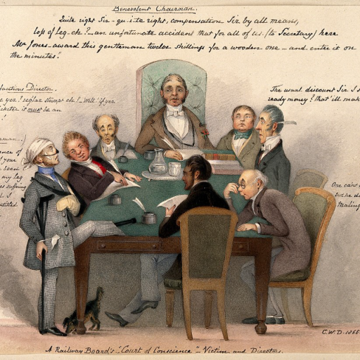 In the early nineteenth century, Edinburgh was the leading centre of medical education and research in Britain. It also laid claim to a thriving periodical culture. This paper explores the relationship between the medical culture of Romantic-era Scotland and the periodical press by examining the work of two key medically-trained contributors to Blackwood's Edinburgh Magazine, the most influential and innovative literary periodical of the era. I argue that the Romantic periodical press cultivated innovative ideologies, discourses, and literary forms that both reflected and shaped medical culture in the nineteenth century. In the case of Blackwood’s, the magazine’s distinctive Romantic ideology and experimental form enabled the development of an overtly ‘literary’ and humanistic popular medical culture, which participated in a wider critique of liberal Whig ideology in post-Enlightenment Scotland. The construction of the surgeon, sentimental poet, and prolific Blackwoodian contributor, David Macbeth Moir (1798–1851), as a literary surgeon within the magazine is briefly examined. Samuel Warren’s seminal series, Passages from the Diary of a Late Physician (1830–37), is then read in its vexed original publishing context – the ideologically charged popular periodical press – in terms of its inception and reception, as well as its initiation of a new genre of popular medical writing. The paper concludes by reflecting upon the need to further situate the writings and reception of nineteenth-century literary doctors in relation to specific cultural and textual contexts to unpack both the history of medical humanism and the broader relationship between medical and literary cultures during this period.

Drinks will be served after each seminar. All welcome, no booking required.