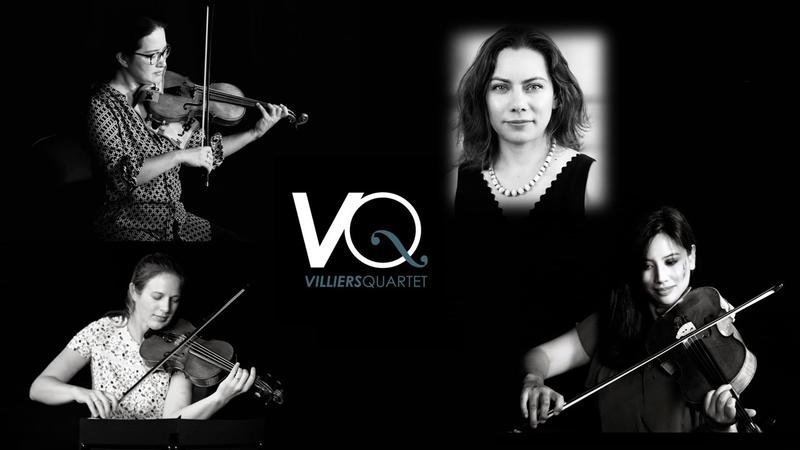 Part of the Humanities Cultural Programme, one of the founding stones of the
future  Stephen A. Schwarzman Centre for the Humanities.

Frederick Delius completed his first string quartet in 1889, but until recently only the two final movements of the work were known to have survived. Last year, the two missing movements appeared for sale at auction and were purchased by the Delius Trust. Professor Daniel Grimley helped to identify the source, and has since prepared the first edition of the missing movements. The complete work is now receiving its world premiere at the University of Oxford, performed by the Villiers Quartet. Grimley and the Villiers have previously collaborated on the reconstruction of the original version of ‘Late Swallows’ from Delius’s second String Quartet (1916), which led to a critically acclaimed recording on Naxos. Grimley will introduce and explain the significance of this latest discovery, and the performance will be followed by an audience Q&A (via YouTube chat) chaired by Dr Joanna Bullivant (Music Faculty).

Hailed as "Champions of British Music" (The Observer), the Villiers Quartet has developed a reputation as exceptional interpreter of British composers. The VQ released acclaimed recordings of works by Elgar, Delius, Peter Racine Fricker, William Sterndale Bennett, David Matthews, and most recently music by William Alwyn and Kuljit Bhamra, MBE. In 2017 they released their landmark recording of the Delius Quartet (1916), featuring movements in their Original Versions uncovered by Professor Daniel Grimley.

The Villiers Quartet performed live on BBC Radio 3 as part of the Leamington International String Quartet Series and it has also been featured on the radio programme In Tune and on live television for BBC One’s The Andrew Marr Show. The VQ was the featured quartet on the score to the BBC film Lady Chatterley’s Lover.

In addition to working at Oxford, the Villiers Quartet has presented masterclasses in the UK and abroad at Duke University, Dartmouth College, University of Nottingham, Syracuse University, Jacksonville University, and Indiana University South Bend. As an ambassador for British music, the VQ most completed a Calfornia tour in 2019 featuring the works of British composers Thea Musgrave, Alexander Goehr, Martyn Harry and Elizabeth Kelly.

Canadian violinist Katie Stillman has a vibrant career as a chamber musician, soloist and orchestral leader. Highlights from the last season were solo performances with Manchester Camerata and London Concertante as well as guest leading Opera North's production of Mozart's The Marriage of Figaro.  With her duo partner Simon Lane, she has won many prizes performed in such venues as the Wigmore Hall, the Purcell Room, Bridgewater Hall and St. John's Smith Square.  In 2011, 2014 and 2018 they recorded part of the ABRSM violin syllabus which is distributed worldwide.

Japanese violinist Tamaki Higashi is a passionate chamber musician and the founding member of the Villiers Quartet. Tamaki’s chamber music career started with her previous quartet, the Degas Quartet in the USA which was served a regional residency with Western Piedmont Symphony in Hickory, North Carolina with the support of Chamber Music America. Tamaki performed and toured across the nation with the Degas Quartet, and studied string quartet with members of Juilliard, Cleveland, Takacs, Fine Arts Quartets. Tamaki genuinely enjoys all aspects of collaboration. She has worked with many distinguished musicians such as Jazz bassist Christian McBride, Indian Tabla specialist Kuljit Bhamra, amongst many other finest musicians within the chamber music scene.

Carmen Flores is dedicated to creating new pathways for experiencing and performing classical music.  From 2007 - 2019 Carmen was Principal Viola of the Royal Ballet Sinfonia, performing across the UK and abroad for the Birmingham Royal Ballet. Carmen has worked with many orchestras and ensembles in the UK, and she is director of the Nottingham Chamber Music Festival. She is a founding member of the Villiers Quartet and plays on a viola made by British luthier William Castle.

Rebecca enjoys working with a wide range of ensembles as a freelance chamber musician in London. She has been a member of the Lawson Trio since 2007, and has worked with ensembles and orchestras including Endymion Ensemble and Academy of St Martin-in-the-Fields, and often appears as principal with City of London Sinfonia. She has recorded chamber works for Chandos, Champs Hill, and Oboe Classics, and her ensemble - the Lawson Trio’s debut CD received a 5-star review in BBC Music Magazine. She also enjoys improvisation, playing and singing Slavic folk music, and experimental projects - recently featuring on Hidden Orchestra’s new Creaks soundtrack album released in 2020.