Live Event: Globalization and The History Of Epidemics In Latin America 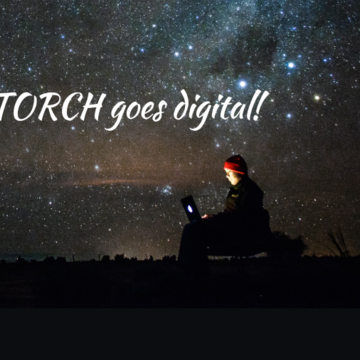 Online round table jointly organised by the Centre for Global History, the Centre for the History of Science, Medicine and Technology and the Latin American Centre.

Part of the Humanities Cultural Programme

Online round table jointly organised by the Centre for Global History, the Centre for the History of Science, Medicine and Technology and the Latin American Centre. Read more here.

Diego Armus is Professor of Latin American History at Swarthmore College in the United States.  One of his most recent books is The Ailing City. Health, Tuberculosis and Culture in Buenos Aires, 1870-1950 (Duke University Press, 2011), with 2007 and 2013 Spanish versions. He has also written or edited  Avatares de la Medicalización en América Latina (Buenos Aires: 2005); Cuidar, Controlar, Curar. Estudos de História da Saúde e da Doença na América Latina e Caribe (Rio de Janeiro: 2004, 2009, 2014); Disease in the History of Modern Latin America. From Malaria to AIDS (Duke University Press, 2003); Entre Médicos y Curanderos. Cultura, Historia y Enfermedad en la América Latina Moderna (Buenos Aires: 2002.  Armus has been a visiting scholar at Harvard, Columbia and New York universities and at the Ibero-American Institute in Berlin, Germany. Before going to the United States from Argentina, he was a researcher at the Center for Urban and Regional Studies in Buenos Aires and the National Research Council. As an invited visiting professor, he has taught graduate seminars in Argentina, Italy, Chile, Mexico, Brazil, Puerto Rico, and Colombia. His work has been funded by the Organization of the American States, the Latin American Council for Social Sciences and the Ford, Rockefeller, Inter-American, and Mellon Foundations, among others. His latest awards include the 2012 R.A.I.C.E.S Award from the Ministry of Sciences and Culture of Argentina and a Honorary Doctorate from the National University of Córdoba (Argentina) in 2015.

Anne-Emanuelle Birn is Professor of Critical Development Studies (UTSC) and of Social and Behavioural Health Sciences (Dalla Lana School of Public Health) at the University of Toronto, where she served as Canada Research Chair in International Health from 2003 to 2013. Previously she was a professor of Health Policy at the New School in New York, and has been a visiting professor at the Universidad de la República in Montevideo, Uruguay, and at the Centre de Recherche Médicale et Sanitaire (INSERM) and Institut National d'Etudes Démographiques (INED) in Paris. Professor Birn’s research explores the history, politics, and political economy of international/global health, with particular interests in Latin American health and social justice movements, child health/rights, philanthrocapitalism, and the societal determination of health—and emphases ranging from the scatological to the ideological. Her work has appeared in North American, Latin American, African, and European journals and presses; she has also edited seven special journal issues. Her books include: Marriage of Convenience: Rockefeller International Health and Revolutionary Mexico (2006);  Comrades in Health: US Health Internationalists, Abroad and at Home (2013); and Oxford University Press’s Textbook of Global Health (2017).  Professor Birn’s honors include Fulbright and Rotary fellowships, election to the Delta Omega Public Health Honor Society, numerous endowed lectureships across the Americas and Asia, and in 2014 she was recognized among the top 100 Women Leaders in Global Health.

Erica Charters is Associate Professor of Global History and the History of Medicine, Director of the Oxford Centre for Global History and the Centre for the History of Science, Medicine and Technology.  Her research examines how war and disease intersect with state formation and state power, particularly in colonial contexts.  My monograph Disease, War, and the Imperial State: The Welfare of British Armed Forces during the Seven Years War (Chicago, 2014) traces how responses to disease shaped military strategy, medical theory, and the nature of British imperial authority.  The American Association for the History of Medicine awarded this the George Rosen Prize for 2016, and the Society for Army Historical Research awarded this Best First Book for 2014.  Her published work on this topic also includes 'The Caring Fiscal-Military State during the Seven Years War, 1756-1763', Historical Journal (2009).