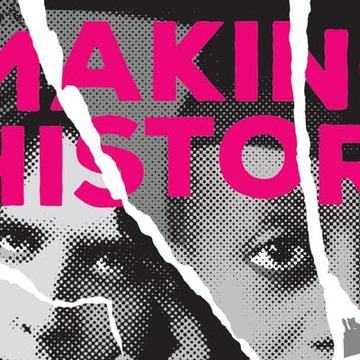 Part of the ‘Making History: Christian Cole, Alain Locke, and Oscar Wilde at Oxford’ exhibition, this will be an opportunity to discuss the intellectual and personal legacy of Alain Locke, known as the first African American Rhodes Scholar and, later, the dean of the Harlem Renaissance. As a student at Oxford in the early 1900s, Locke had a difficult time because of the racism he encountered. But his Oxford experience was determinant: it made him a dedicated cosmopolitan and a pan-Africanist.

Leading the discussion will be:
Dr Nicholas Gaskill is Associate Professor of American Literature at Oxford University. He is the author of Chromographia, which looks at the ways that U.S. writers imagined color experience between 1880 and 1930.

Serena Arthur was Birmingham Young Poet Laureate and Deputy Editor of Onyx Magazine. She is currently a finalist in English Literature at Mansfield College, Oxford University.

Oluchi Ezeh was Film and Theatre Editor of Onyx Magazine. She is currently a finalist in English Literature at Mansfield College, Oxford University.

Short readings will be pre-circulated to participants.
Register for free via Eventbrite.