Professor Martin Roth, Director of the Victoria and Albert Museum 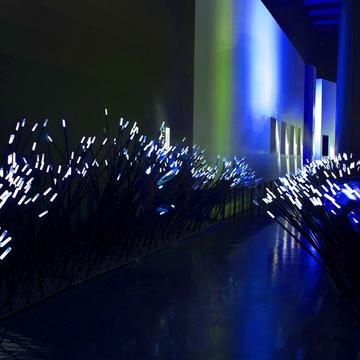 *** Please note that this lecture is now fully booked. We expect some tickets will be available on the day on a first come, first served basis. ***

Professor Martin Roth, Director of the Victoria and Albert Museum, will give a lecture on "Ukiyo-e to Emoji: Museums in the Digital Age".

The lecture will be followed by audience questions and a drinks reception.

This event is the Digital Humanities Summer School 2014 Open Lecture, it is free to attend and everyone is welcome. Please register here to guarantee a seat.

The Victoria and Albert Museum was founded during the tumult of the Industrial Revolution; a period of intense technological and social change. Today brings another such turning point, as we grapple with the consequences of the digital revolution. How are advances in digital design and media changing museum practice? And what curatorial principles remain the same, little changed from 19th century? The V&A holds a rich collection of ‘Ukiyo-e’ - popular representations of everyday Japanese life from the 18th-19th centuries. Radical changes and fundamental continuities are both in evidence when, today, curators consider collecting ‘emojis’, emoticons with distinctive features reflecting contemporary Japanese culture. Martin Roth, Director of the V&A and, formerly, Director General of Dresden State Museums, will consider these questions and more in a lecture mapping the future of museums in the digital age.

Martin Roth has been Director of the Victoria and Albert Museum since September 2011.

Before joining the V&A, he was Director General of the Dresden State Art Collections (Staatliche Kunstsammlungen Dresden), overseeing 12 museums and galleries. During this time the Dresden museums underwent major renovation and modernisation and Roth created an extensive network of international partners, which led to numerous exhibitions overseas.

Martin Roth is a Trustee of the British Council and a member of both the Council of the Royal College of Art and the Court of Imperial College in London.

After completing his PhD on the History of Museums and Cultural Politics in the Weimar Republic and the Third Reich at the Eberhard Karls University in Tuebingen in 1987, Martin Roth became a researcher at the Maison des Sciences de l’Homme, E.H.E.S.S. in Paris. Following this, in 1992, he became a visiting scholar at the Getty Research Institute, Los Angeles.