Martyrs of God and Pillars of Faith: Literature and Identity in the Stephanite Movement & The Ark of the Covenant and the Cross in Isaac of Nineveh and the Adversus Judaeos tradition 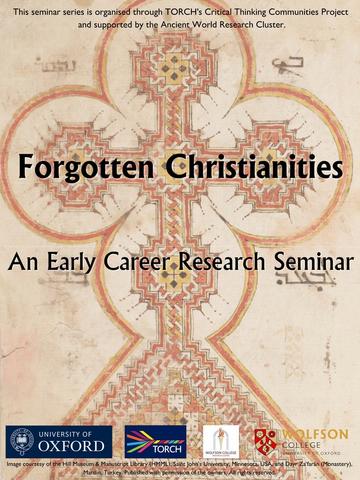 Each session will bring together doctoral students from various fields such as history, archaeology, theology, and the social sciences.

Martyrs of God and Pillars of Faith: Hymnography and Identity in the Stephanite Movement

Martyrs of God and Pillars of Faith: Hymnography and Identity in the Stephanite Movement The Stephanite movement, initiated by the eponymous fifteenth-century monastic reformer ʾabuna ʾƎsṭifānos and having as its epicentre the remote monastery of Gunda Gunde in Tǝgrāy, has been a topic of no small fascination among historians of Ethiopia. Characterized by scholars in previous decades as “fundamentalist,” “heterodox,” and “heretical,” much attention has been paid to establishing a chronology of the movement, mostly during its early years while it was in conflict with the rest of the Ethiopian Church and the monarchy, and to its hagiography and theology. There still remain, however, many lacunae in our knowledge of the Stephanites. One particularly striking area which has received no attention is that of hymnography. While many of the gadlāt (i.e. vitae) of Stephanite leaders have been published, their malkǝʾāt (lit. “images, effigies”), hymns which form an integral part of their liturgical commemoration as saints within their communities, have been entirely ignored. Furthermore, most studies of the Stephanites to date have focused on their place within the larger Ethiopian Church and have said little of the group’s own identity as established in their hagiography and hymnography. This paper aims to address, if only preliminarily, both of these issues by presenting an overview of the Stephanite malkǝʾāt extant in manuscript sources and briefly analyzing their characterization of the group’s leaders and how they contribute to the group’s identity within the Ethiopian religious milieu.

The Ark of the Covenant and the Cross in Isaac of Nineveh and the Adversus Judaeos tradition.

Isaac of Nineveh’s homily on the cross in the Second Part famously draws a connection between the Ark of the Covenant and the cross. Isaac reflects here the exegetical arguments made by a number of broadly contemporary writers to defend the veneration of images, whose works are categorised as part of the Adversus Judaeos tradition. Moreover, Isaac’s Ark-Cross typology has parallels with anti-Jewish motifs in Ephrem and the Book of the Cave of Treasures. These two areas touch on important questions of identity in the seventh-century Near East. Isaac is often characterised as a monk who eschewed controversy, but this paper will show one of the ways in which Isaac can be read as a theological and polemical writer.