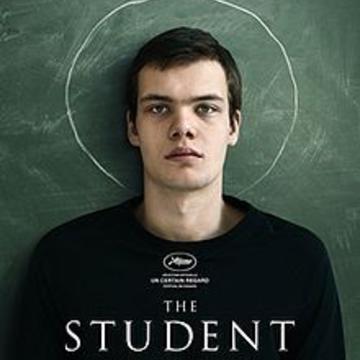 Followed by a Q&A with experts on Russian culture and film.

FREE – ALL WELCOME. Booking is not required.

The film is being shown as part of a research workshop, 'Staging Queer Lives in Russia and Ukraine' (participation by invitation only).

Kirill Serebrennikov, one of Russia's most distinguished contemporary theatre and film directors, was released on bail in April 2019 from over 18 months of house arrest on much-disputed charges of embezzlement. His radical works for the theatre, cinema and ballet have addressed many taboo themes, such as political corruption and homosexuality. His beautiful 2016 film (M)uchenik (The Martyr)/The Student explores the destructive effects of religious fanaticism and suppressed homoerotic desire.

Winner of the François Chalais Prize at the 2016 Cannes Film Festival.