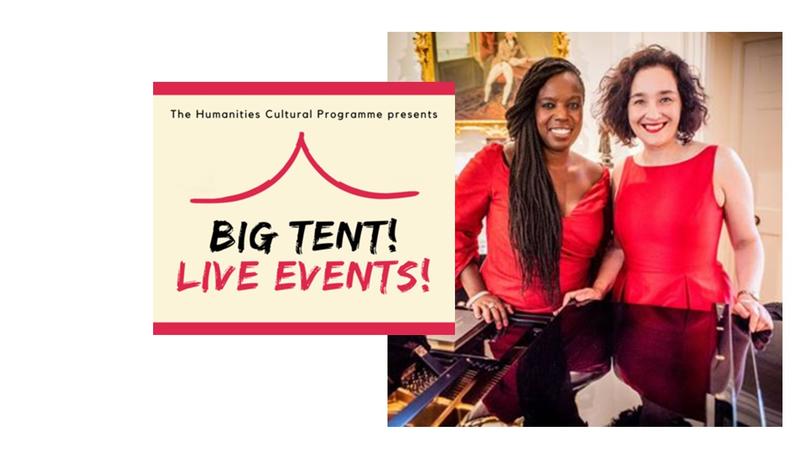 Till it has loved - American Art Song in Recital.

Emergence Music proudly presents an exploration of American art song, and the many forms of love, in partnership with TORCH as part of the Humanities Cultural Programme, and the Faculty of Music, University of Oxford.

Housed in the beautiful Holywell Music Room, the programme features compositions by Lori Laitman, Peter Child, H. Leslie Adams, Florence Price, Undine Smith Moore, and Libby Larsen; and texts by Emily Dickinson, Mary Oliver, Louise Wallace, Edna St Vincent Millay, and five wives of Henry VIII. Love – in relationship to nature, self, and others - is celebrated through the powerful medium of song performance; a platform where inventive lyricism, landscape, cultural legacy, and human condition can be heard, seen, and felt.

We look forward to welcoming you, and sharing this opportunity to experience some of the most beautiful and critically important American art song settings of the 20th and 21st-centuries.

1. Last Night The Rain Spoke To Me

1. How soft a Caterpillar steps -
2. A soft Sea washed around the House
3. A Route of Evanescence
4.  How happy is the little Stone

2. Who knows where our hearts go

3. For You There Is No Song - H. Leslie Adams / Edna St. Vincent Millay

Till It Has Loved' (from Seven Epigrams of Emily Dickinson) (2003)

British lyric soprano Nadine Benjamin is a charismatic and versatile artist who is in increasing demand on both the operatic stage and the concert platform. She is also developing great renown as an exponent of song, in particular Verdi, Strauss and contemporary American song. Nadine released her debut solo album ‘Love and Prayer’ in 2018 and was an English National Opera Harewood Artist from 2018-2020 where she performed roles such as Musetta in La bohème. She was also the winner of the inaugural Robert Presley Verdi Prize with Fulham Opera.

Nicole Panizza has emerged as one of the UK’s leading recitalists, scholars, and educators. A Fulbright Award recipient and Harvard University research fellow, she completed her Doctoral studies with Roger Vignoles at the Royal College of Music (London, UK). She has since gained international renown for her inter-medial research regarding American song, and the creative exploration of the text-music partnership. Her specialism encompasses the life and work of the poet Emily Dickinson; incorporating performance, publication, and initiatives that promote international engagement and readership. She is the Artistic Director of The Panizza Dynasty Project; and is a creative partner of The International Centre for American Music (Florence, Italy), and Emergence Music in collaboration with soprano Nadine Benjamin. She currently holds the positions of Assistant Professor, Music (Coventry University, UK); Research Associate of TORCH/Oxford Song Network (University of Oxford, UK); the International Women’s Song Forum, and is a board member of the Emily Dickinson International Society, the Lincolnshire International Chamber Music Festival, and the London Song Festival.

Supported by The Oxford Song Network, TORCH | The Oxford Research Centre in the Humanities

With many thanks to Wadham College for supporting this event.