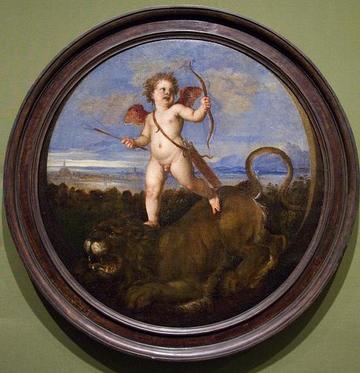 The European Humanities Research Centre are hosting 'Ovid 2000'. A display of books, an afternoon of talks and an 'Ovid trail' to celebrate the life and works of Ovid (Publius Ovidius Naso, Sulmona, 20th March, 43 BC - Tomis, c. AD 17) 2000 years from his death.

On Friday, 27th October 2017, the Weston Library will host an exhibition of Ovidian manuscripts and early and rare editions, including MS. Auct. F. 4. 32 (pictured), the famous 'St Dunstan's Classbook', which contains the Ars amatoria with Latin and Old Welsh glosses. (Some of the other exhibits will remain on show until the following Sunday.)

On the afternoon of Friday, 27th October, there will be a series of talks on aspects of Ovid's poetry and its reception.

From Saturday, 28th October, at the Ashmolean Museum, the public will be able to follow a 'trail' of art through the ages (paintings, maiolica, bronzes, vases, and more) related to Ovid’s works and times, with specially drafted labels. The trail offers a fantastic opportunity to rediscover the riches of the Ashmolean's collection, including Titian's famous Triumph of Love (pictured below) - an emblematic representation of the presiding god of much Ovidian poetry.

3.45: Stephen Heyworth - Ovid's Fasti: a celebration of life in Rome

4.15: Erica McAlpine - After Ovid: American Poets and the Metamorphoses