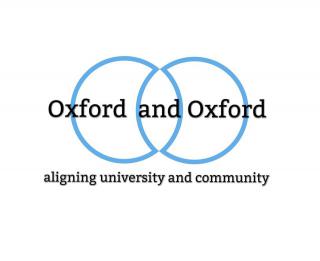 The gap between University and Community holds Oxford back from moving forwards in an equitable and fair manner. Communication between the two spheres must improve.

Oxford and Oxford hopes to begin a conversation to bridge this gap, to create a sustainable and mutually beneficial relationship amongst activists from the city's universities and its more local communities.

Forty individuals will have the opportunity to engage with four hugely experienced and inspiring community-based activists to learn more about their work: how it began, what it has achieved, and how it looks to progress in the future.

The workshop will be opened by Shaista Aziz, Journalist, Equalities campaigner and founder of the Everyday Bigotry Project, seeking to disrupt narratives on racism, Islamophobia and bigotry.

Through four workshops, students will discuss, brainstorm, learn, and will be given the opportunity to work directly with the community activists and their projects for 2018.

Shabnam Sabir, who is a passionate community activist who looks to bring people together from all walks of life. Specifically, Shabnam created the Oxford Homeless Project, which has been working closely alongside university activists to provide support to those who have been failed by the state and are currently homeless in the city.

Junie James, who works through ACKHI, the "Afrikan, Caribbean Kultural Heritage Initiative" to promote and support events ongoing in Oxford. This year, events are particularly related to the 70th Anniversary of the HMT Empire Windrush's first journey transporting individuals from the West Indies to Britain.

David Bailey, who works closely with Oxfordshire Refugee Solidarity, a group who provide much needed assistance to refugees both in the United Kingdom, and abroad, in Calais and Dunkirk. David helps organise a group every two months who go out to Calais to provide front-line support to the refugees still stranded.

Jameelah Shodunke, who works with migrant and refugee women, offering spaces for socialising, and linking them to services which look to help them if they are experiencing physical, sexual, or emotional violence.

This event includes a complimentary lunch thanks to the Antonian Fund at St Antony's College.

Booking is essential. Tickets for this event are free and will be released two weeks before the event. There are limited number of tickets availbe; they willl operate on a first come first serve basis.

This event has been made possible due to the efforts of the Black and Minority Ethnic Officers at St Antony's College, the Antonian Fund, TORCH Research Group, and Common Ground.