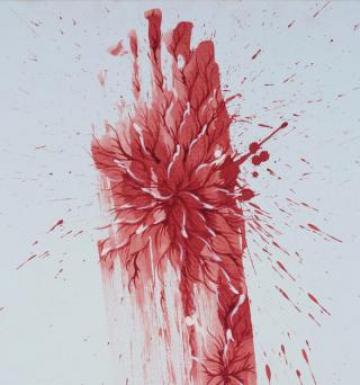 Princeton University is hosting the 'Psychoanalysis and Postcolonialism' conference on the 31 March-1 April 2017. This event is co-sponsored by English, Comparative Literatuer, History, Gender and Sexuality Sduties, and the Humanities Council.

Joan Scott is Professor Emerita at Institute of Advanced Study (Princeton). Her work has challenged the foundations of conventional historical practice, including the nature of historical evidence and historical experience. In her latest work she has been concerned with the ways in which difference poses problems for democratic practice. She has taken up this question in her recent books: Only Paradoxes to Offer: French Feminists and the Rights of Man (1996); Parité: Sexual Equality and the Crisis of French Universalism (2005); and The Politics of the Veil (2007). She has extended her work on the veil to examine the relationship between secularism and gender equality. She has also prepared a collection of her essays that deals with the uses of psychoanalysis, particularly fantasy, for historical interpretation, The Fantasy of Feminist History (2011). Scott is a founding editor of History of the Present, a journal of theoretically-informed history.

David Eng is Richard L. Fisher Professor of English at University of Pennsylvania. He is author of The Feeling of Kinship: Queer Liberalism and the Racialization of Intimacy (Duke, 2010) and Racial Castration: Managing Masculinity in Asian America (Duke, 2001), co-editor with David Kazanjian of Loss: The Politics of Mourning (California, 2003). His current book, "Reparations and the Human," investigates the relationship between political and psychic genealogies of reparation in Cold War Asia. Eng is also completing a book with Shinhee Han, A Dialogue on Racial Melancholia: On the Social and Psychic Lives of Asian Americans, a collection of psychoanalytic case histories and commentaries on Asian immigrants in the diaspora (Duke, forthcoming).

Natalie Melas is Associate Professor of Comparative Literature at Cornell University. She is the author of All the Difference in the World: Postcoloniality and the Ends of Comparison (Stanford UP 2006) and co-editor, with David Damrosch, of The Princeton Sourcebook in Comparative Literature: From the European Enlightenment to the Global Present (Princeton UP 2009). She has published numerous articles on the fate of the humanities in the contemporary university, on incommensurability, on Joseph Conrad, on French Caribbean Literature. Her current book project addresses the formation of alternative modernities in the broken link between modernism and colonialism.

9.30am Coffee and snacks

Ranjana Khanna is Professor of English, Women's Studies, and the Literature Program at Duke University. She has published widely on transnational feminism, psychoanalysis, and postcolonial and feminist theory, literature, and film. She is the author of Dark Continents: Psychoanalysis and Colonialism (Duke University Press, 2003) and Algeria Cuts: Women and Representation 1830 to the present (Stanford University Press, 2008.) Her current book manuscripts in progress is titled: Asylum: The Concept and the Practice and Technologies of Unbelonging.

Dagmar Herzog is Distinguished Professor of History at CUNY Graduate Center. Most recently, she is the author of Cold War Freud: Psychoanalysis in an Age of Catastrophes (Cambridge UP 2017). She has also written Intimacy and Exclusion: Religious Politics in Pre-Revolutionary Baden (Princeton 1996), Sex after Fascism: Memory and Morality in Twentieth-Century Germany (Princeton 2005), Sex in Crisis: The New Sexual Revolution and the Future of American Politics (Basic 2008), and Sexuality in Europe: A Twentieth-Century History (Cambridge University Press 2011). She has just completed Unlearning Eugenics in Post-Nazi Europe: Sexuality, Reproduction, Disability (forthcoming with U-Wisconsin Press), based on the George Mosse Lectures she delivered in Jerusalem in December 2016.

Ankhi Mukherjee is Professor of English at Oxford University and a Tutorial Fellow at Wadham College. She is the author of Aesthetic Hysteria: The Great Neurosis in Victorian Melodrama and Contemporary Fiction (Routledge, 2007) and What Is a Classic? Postcolonial Rewriting and Invention of the Canon (Stanford, 2013) which asks how classics emanate from postcolonial histories and societies. She is currently working on an interdisciplinary project that examines the institution of psychoanalysis and its vexed relationship with race and the urban poor in the context of three global cities: Mumbai, London, and New York.

Jean Walton is Professor of English at University of Rhode Island. She is the author of Fair Sex, Savage Dreams: Race, Psychoanalysis, Sexual Difference (Duke UP, 2001), a study of racialized assumptions in the work of Joan Riviere, Melanie Klein, poet H.D. (Hilda Doolittle), Marie Bonaparte, and Margaret Mead. The book interrogates the failure of psychoanalysis to address processes of racialization, even as its central texts rely on tropes of racial “blackness” in order to make arguments about sexual or gender difference. Currently, Walton is writing on visceral subjectivity in the wake of metabolic rift. Set against the backdrop of the nineteenth century split between depleted agricultural fields and polluted urban centers, of human waste gone astray, of the rise of a bourgeois fecal habitus, this book examines three case studies of women whose wayward intestinal systems intervene in larger social, affective, and political networks, and who assert a visceral grammar of desire and resistance. Articles from this project have been published in differences and in Neurology and Modernity: a Cultural History of Nervous Systems, 1800-1950.

Camille Robcis is Associate Professor of History at Cornell University. She is the author of The Law of Kinship: Anthropology, Psychoanalysis, and the Family in Twentieth-Century France (Cornell University Press, 2013). She is currently working on two projects. The first is a history of institutional psychotherapy, a psychiatric reform movement born in France after the Second World War. Anchored in Marxism and in Lacanian psychoanalysis, institutional psychotherapy advocated a radical restructuring of the asylum in order to transform the theory and practice of psychiatric care, truly “disoccupy” the minds of patients, and ultimately revolutionize society. Her second project explores the legacy of social Catholicism in contemporary French law, including the recent protests against gay marriage in France and more specifically on the Catholic attack against a “theory of gender” presented as both the origin and the outcome of gay marriage.

Robyn Wiegman is Professor of Literature and Women's Studies and formerly the Margaret Taylor Smith Director of Women's Studies at Duke, from 2001-2007. Her publications include two monographs---Object Lessons (2012) and American Anatomies: Theorizing Race and Gender (1995)---and five edited collections---Who Can Speak: Identity and Critical Authority (1995), Feminism Beside Itself (1995), AIDS and the National Body (1997), The Futures of American Studies (2002), and Women's Studies on Its Own (2002). Wiegman's research interests include feminist theory, queer theory, American Studies, critical race theory, and film and media studies. She has two books in progress: Racial Sensations, on affect and anti-racist aesthetics, and Arguments Worth Having, on key debates in feminist and queer theory.