Public Health and Private Pain: A Night of Medical History and Drama 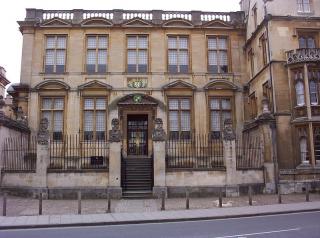 Enter the Museum for a unique evening of performance and drama. Drawing from a rich variety of medical plays and historical material, the event will illuminate, provoke, and dramatize developements which have shaped ideas of the body from the 18th century to the present day.

In the 18th century convicts’ bodies, commandeered by the state, were the raw material for anatomical dissections which were often open to the public. Over the next two centuries many other medical bodies were brought into the public sphere. Doctors and surgeons were placed on stages as the surgical theatre was joined by theatrical explorations of the role of medical professionals and the limits of their interventions, such as George Bernard Shaw’s A Doctor’s Dilemma (1906). By 1906 it was possible to look into a microscope and stare at the syphilis bacterium. An organism responsible for centuries of private shame and madness could be seen for the first time, photographed and displayed in public. At the same time that medicine was going public, so was health. The public health movement of the 19th century was another space were bodies were brought out into the open. The move to universal vaccination in particular saw fierce battles over the public treatment of private bodies. The broken bodies and minds of troops returning from the First World War also straddle a divide between private pain and the public psychiatric care that was, or was not, provided for trauma.

Join academics from across the University of Oxford, professional actors from Pegasus Theatre and staff of the Museum of the History of Science as they present a unique evening of performance and drama to illumiate how all of these developments have been mapped not just by medical writing but by theatre, which has a long history of engaging with science and medicine.

Scenes and readings to include:

For further information and to register for free, please visit the website here: https://www.eventbrite.co.uk/e/public-health-and-private-pain-a-night-of-medical-history-and-drama-tickets-24590993323