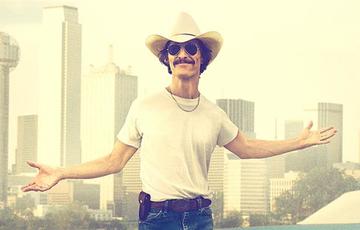 Oxford will host the UK’s first Public Health Film Festival from Friday 27th to Sunday 29th June at the Phoenix Cinema on Walton Street and the Radcliffe Humanities Building, which will include a variety of feature films, short films, workshops, panel discussions and events. The theme of the festival is ‘Past, Present and Future,’ and the festival will showcase films that demonstrate how the understanding of population health has shaped the past, our present; and how it will undoubtedly shape the future.

Early bird tickets are just £5 per film and are available until the 10th of June. Please click here to book tickets.More details are available on the Public Health Film Festival website or by emailing publichealthfilmsociety@gmail.com.

18.15 FILM SCREENING: “What is Public Health” by the Wessex Deanery

20.30 Transfer to the Radcliffe Humanities Building for a discussion of "Dallas Buyers Club" with Akshay Khanna and Salla Sariola.

Akshay Khanna works on the intersections of anthropology, activism and development praxis and is a founder member of Prism, a Delhi-based queer activist collective, and has worked as a human rights lawyer, focusing on issues arising out of the HIV/AIDS epidemic, and contributed to drafting the law against domestic violence in India.

11.00 Welcome and introduction to the two films.

2.30 Talk by Sarah Gayton, Producer of Sea of Change, on the impact of film on advocacy, followed by Q&A on “Sea of Change”, Radcliffe Humanities Building

3.30 Workshop: ‘Get started in making your own public health film’ Radcliffe Humanities Building