Louche: An Independent Print Magazine about Drag and Queer Performance 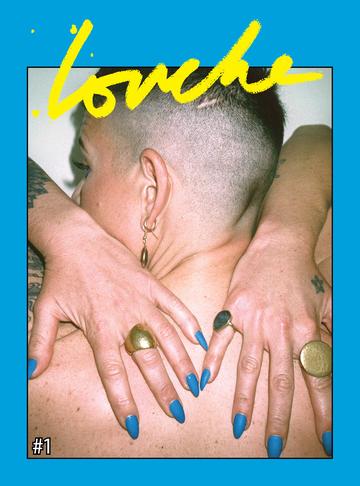 For our final event of 2019, the Queer Studies Network is delighted to be hosting Anna Wates and Holly James Johnston for the Oxford launch of Louche, a bold new independent print magazine about drag and queer performance culture, its past, present and future. Issue One features contributions from over thirty writers, performers and artists, and will be on sale at the event for £12, cash only. After a reading from the magazine, a discussion between Anna and Holly will be followed by a Q&A. Alcoholic and non-alcoholic drinks can be purchased from the King’s Arms bar.

Anna Wates aka drag king Georgeous Michael is the Founder of Louche magazine and all-round louche “Daddy”. She has been practicing the dark arts of drag for over three years, embodying a camp spectre that haunts the heterosexual illusions of pop mega-stardom in the earthly guise of a George Michael impersonator. As Louche Daddy, Georgeous Michael seeks out the audacious and the radical in drag today beyond the mainstream.

Holly James Johnston is a MSt student in English at the University of Oxford. Outside of her literary endeavours she is known as drag king Orlando: a young Adonis and classically trained ballet dancer, Orlando melds masculinity and femininity together through lip-sync and dance. Taking his name from Virginia Woolf's Orlando, he's king, queen and everything in-between.

More information about Louche can be found here.

The venue is fully accessible. Please contact ruth.ramsden-karelse@merton.ox.ac.uk with any questions.

Image: Photograph by Elise Rose. Make up and styling by Umber Ghauri. Reproduced with permission of Louche