Speaker: Ankhi Mukherjee, Professor of English and World Literatures in the Faculty of English and a Tutorial Fellow at Wadham College, University of Oxford 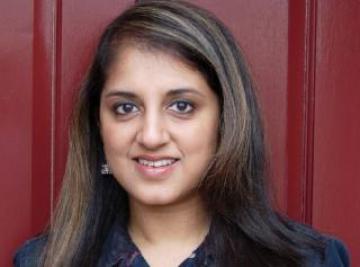 Talk Abstract
This lecture examines the institution of Freudian psychoanalysis in an international frame, with specific reference to its inadequate engagement with urban poverty, as seen in the specific context of global cities in India. Using case studies, it will discuss literary and aesthetic representations of poverty in relation to India's psychoanalytic and psychiatric culture, as that culture is manifested in public attitudes toward the psychic life of the poor. The lecture presents research from the India chapter of Professor Mukherjee's third monograph, The Psychic Life of the Poor: A City Unseen in Mumbai, London, and New York.

About the Speaker:
Ankhi Mukherjee is Professor of English and World Literatures in the Faculty of English and a Tutorial Fellow at Wadham College, University of Oxford. Her academic interests focus on Victorian and Modern English literature, critical theory and postcolonial and world literature.

Prof. Mukherjee received a doctor of philosophy degree (PhD) from Rutgers University in the United States. She was visiting lecturer at Royal Holloway College in London between 2001 and 2002, and for the next academic year took up a post at Wadham College, Oxford, as an English lecturer. From 2003 to 2006, she was a post-doctoral research fellow with the British Academy and subsequently took up a post as a tutorial fellow at Wadham and, in 2014, was a visiting fellow at the Humanities Research Centre at the Australian National University. In 2015, she was awarded the title of Professor of English and World Literatures by the University of Oxford. Mukherjee also chaired the Preliminary Examinations board in the 2012–13 academic year.

While her first monograph, Aesthetic Hysteria: The Great Neurosis in Victorian Melodrama and Contemporary Fiction (Routledge, 2007), drew largely on Victorian literature and culture, Prof. Mukherjee's second book, What Is a Classic? Postcolonial Rewriting and Invention of the Canon (Stanford, 2013) asks how classics emanate from postcolonial histories and societies. Exploring definitive trends in twentieth- and twenty-first century English and Anglophone literature, she examines the relevance of the question of the classic for the global politics of identifying and perpetuating so-called core texts. Emergent canons are scrutinized in the context of the wider cultural phenomena of book prizes, the translation and distribution of world literatures, and multimedia adaptations of world classics. The book's ambitious historical schema includes South Asia, Africa, the Middle East, the West Indies, Australia, New Zealand, Europe, and North America. What Is a Classic? won the British Academy Rose Mary Crawshay Prize for English Literature.

Prof. Mukherjee is currently working on two projects: an interdisciplinary project that examines the institution of psychoanalysis and its vexed relationship with race and the urban poor in the context of three global cities: Mumbai, London, and New York, and After Lacan, a collection of essays that she is editing for Cambridge University Press (forthcoming 2017).

The Psychic Life of the Poor
Contact email: isas@berkeley.edu
Audience: Open to all