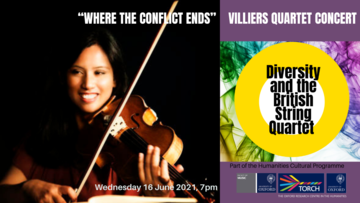 The Villiers give the premiere of two of their From Home Composers: Robert Fokkens's "Spinning, Weaving" and Jasmin Kent Rodgman’s “where the conflict ends” which expresses the difficulty of finding one’s voice. Matyas Seiber was a Hungarian-British emigre who studied with Kodály and was heavily influenced by Bartók; he also taught John Mayer in London. Eleanor Alberga’s vibrant String Quartet No. 2 closes the programme. 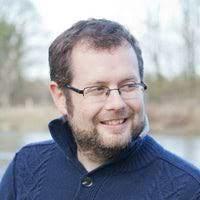 Robert Fokkens is a South African composer based in the UK. His work explores a range of influences from traditional South African music to 20th- and 21st-century experimental music, via jazz, electronic dance music and the classical canon, creating a music characterised by twisted cycles, rhythmic energy, and microtonal inflections. The Times has described his work as being “fascinating”, “imaginatively orchestrated” and having its “own engaging quirkiness”. 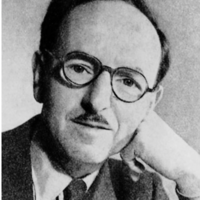 The composer Mátyás Seiber was born in Budapest in 1905. He learned instruments from an early age, and from the age of 14 he attended the Ferenc Liszt Consevatory where he studied Cello with Adolf Schiffer and studied composition with Zoltán Kodály.

In 1925 he took up a position as a cellist on a cruise ship in the Americas where he became acquainted with Jazz. Returning to Frankfurt, he became the director of the first Jazz department in a German conservatoire from 1928-33. His many successful works are characterised by ’fearless self assurance and a healthy disregard of genre limitations and national borders’ (AVI music), comprising ballets, comic operas, chamber music, and film scores.

The yearning opening phrase of Quartetto Lirico (1948-51), briefly reminiscent of Berg’s Op 3, initiates a work of expressiveness and passion, with a lighter scherzo (and fractious trio) for contrast. The pensive lento espressivo finale leaves us with a low, insistent two-note figure in the cello, Seiber’s own instrument, and comes to rest (like the first movement) on a calm major triad. 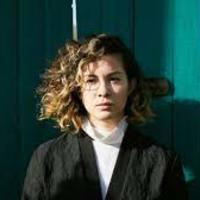 where the conflict ends is an expression of frustration. The rage and exhaustion of voicelessness.

The violence of being silenced. Of living in silence.

It is a meeting point of internal tensions between conflicting heritages. A proximity to whiteness and fragile privileges. Our bodies and voices, policed by those who could never understand what it's like to live in our skin. It is a statement left with no response.

The title, where the conflict ends, comes from a poem by the same name, by the extraordinary lisa luxx, from her recent chapbook Trust Your Outrage. The final line of the poem, in particular, resonates with me:

'In our bodies the world comes together...'   - Jasmin Kent Rodgman 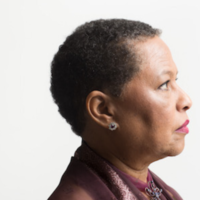 Eleanor Alberga is a highly regarded mainstream British composer with commissions from the BBC Proms and the Royal Opera, Covent Garden. Her music is performed all over the world. Born 1949 in Kingston, Jamaica, Alberga decided at the age of five to be a concert pianist. Five years later she was composing works for the piano.

In 1968 she won the biennial Royal Schools of Music Scholarship for the West Indies which she took up in 1970 at the Royal Academy of Music in London, studying piano and singing.  But a budding career as a solo pianist - she was one of 3 finalists in the International Piano Concerto Competition in Dudley, UK in 1974 - was augmented by composition with her arrival at The London Contemporary Dance Theatre in 1978. Under the inspirational leadership of Artistic Director Robert Cohan, she became one of the very few pianists with the deepest understanding of modern dance and her company class improvisations became the stuff of legend. These in turn led to works commissioned and conceived for dance from the company and Alberga later became the company’s Musical Director, conducting, composing and playing on LCDT’s many tours.

It was on leaving LCDT that Alberga was able fully to embark on the journey towards her calling as a composer. And since then interest in her music across all genres - orchestral, chamber, vocal and as well as works for stage and screen - has accelerated, while her output has continued to grow. By 2015 her commissioned work ‘Arise Athena!’ for the opening of the Last Night of the BBC Proms was seen and heard by millions and cemented a reputation as a composer of huge originality and consummate skill.

She has gathered a number of awards - notably a NESTA fellowship in 2000 and a Paul Hamlyn Award in 2019. In 2020 she was elected a Fellow of the Royal Academy of Music. At different times Alberga was a member of the African Dance Company Fontomfrom and played guitar and sang with the Jamaican Folk Singers. She was part of the duo Double Exposure with her husband the violinist Thomas Bowes and more recently they have together founded and nurtured Arcadia, an original festival in the English countryside where they live.

Eleanor Alberga’s second string quartet was commissioned by the Smith Quartet in 1994. Of the work, Eleanor writes “with this second quartet, it was what the listener will hear in the first two seconds that yielded all the raw material needed.  This short motive is treated to all manner of variation - inversions, expansions and so on - and is present in some form or another throughout the 15 minutes of the entire work.  I have embedded some elements of traditional forms such as scherzo and slow movement into a freely flowing single span that might allow this quartet to be described as being in a compressed sonata form.”